What the regions want out of wind energy

Highlights from the Australian Wind Alliance’s panel event on the wind energy boom and launch of our updated report, Building Stronger Communities with wind energy. 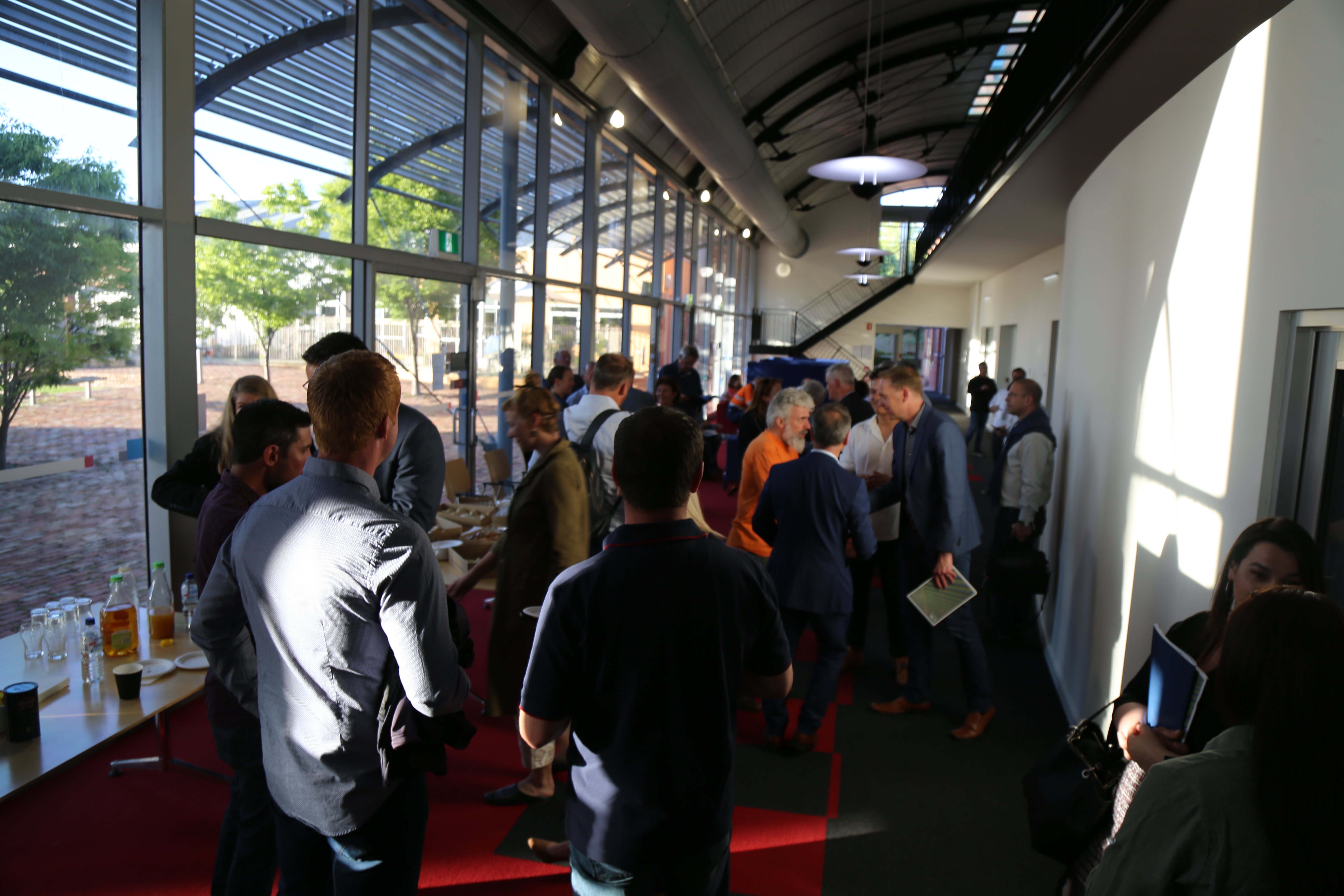 As wind energy booms around the country, with billions of investment and countless jobs being added to the industry - discussing how to ensure communities get the most out of this transition is vital.

At Ballarat's Federation University, we brought together a range of local experts to share what regional benefits they are seeing, and want to see in the future, from the boom. Here are some of the themes that emerged. 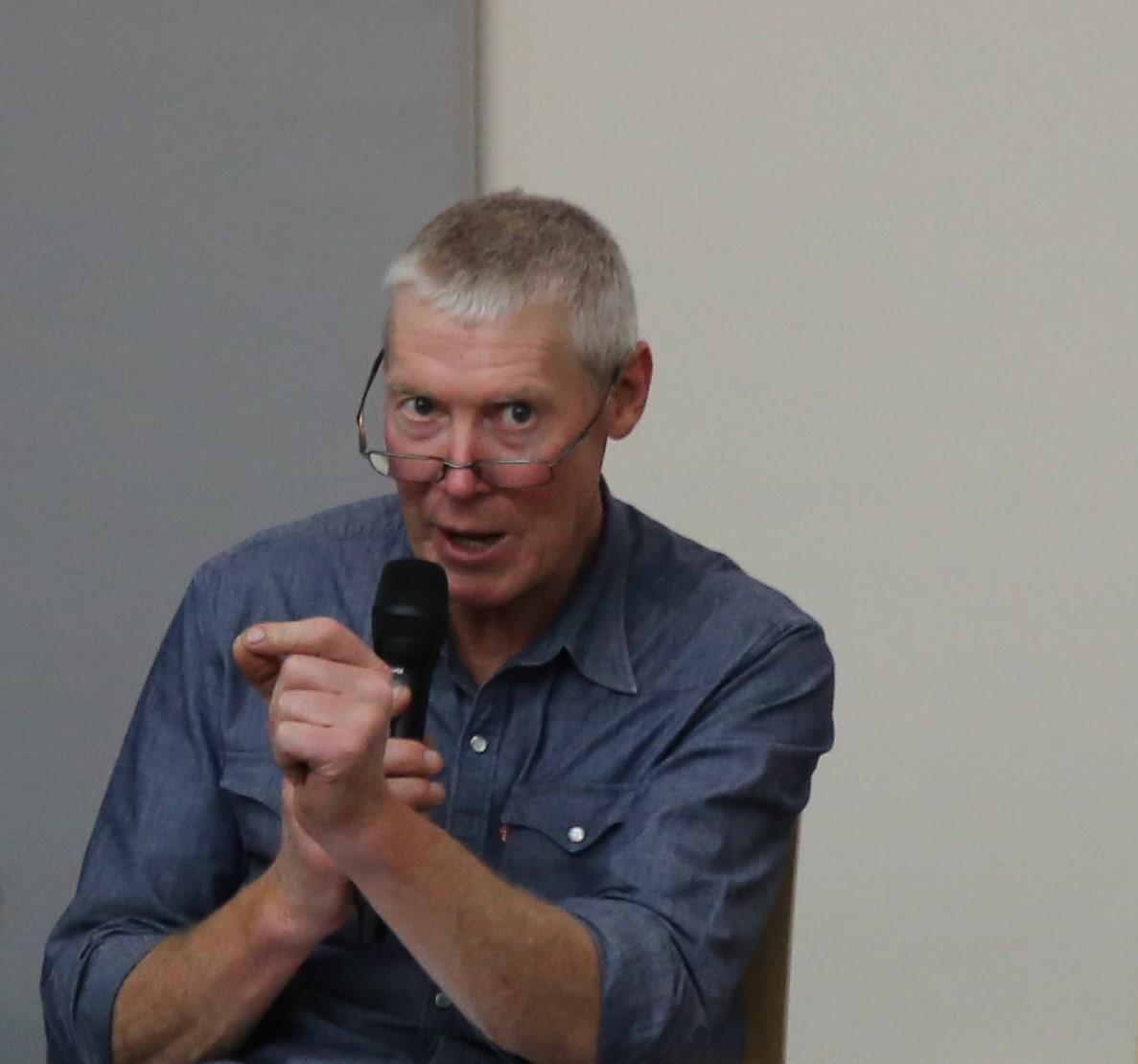 Waubra's David Clark is a wearer of many hats - Pyrenees Shire Councillor and 4-time Mayor of the Shire, farmer and part-time administrator of the Waubra Wind Farm community fund. His family has lived in Waubra for nearly 100 years to he knows the town's needs as well as anyone.

“Waubra was the first really big wind farms," David said. "We were very careful in terms of the community fund to talk local and focus local."

"In any community you’ve got a pent up backlog of about 15-20 years of projects, things that you really wanted to do. That’s what we’ve done in the first 10 years - we’ve satisfied those local needs. As we’ve gone on we’ve pushed out further and now we're looking at what we can do in the future.”

Clark mentioned that they’ve used the Land Care model, “We’ve put 20% of the money into environment right from the start and the bulk goes into local projects, we’ve had a strong benevolent focus....A scholarship for year 12 student who wants to go to uni, that’s been really, really, well received program.”

The boom of wind and wind careers 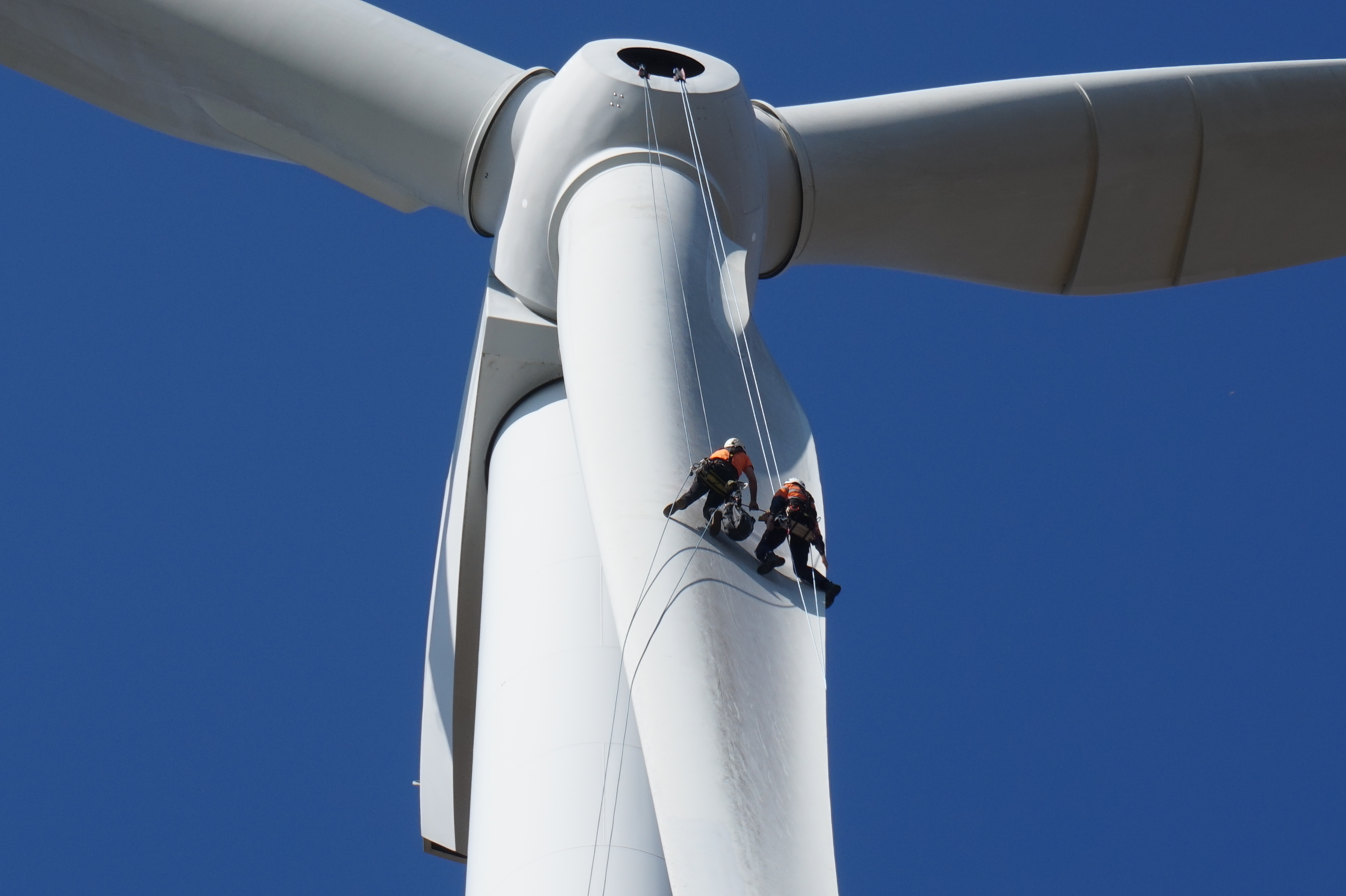 Ever since the Ballarat School of Mines opened in 1871, Ballarat has been a centre for higher education. Today, Federation University is leveraging their educational expertise through training of tomorrow’s wind energy workforce. One of only two places in Australia that offer the course for wind energy technicians - the Global Wind Organisation Basic Technical Training - Federation University's Bill Mundy doesn't see an end in sight to demand.

It’s estimated that with the huge wind and renewable energy uptake that around 16,000 professional jobs on the technician side of the turbine will be created by 2020 and that there is a massive qualification gap that will need to be filled.

The other fascinating effect of wind farms booming in the regions?

Aubrey Chapman is Managing Director of local turbine maintenance firm, Direct Wind Services, and industry veteran. Aubrey is seeing wind farm jobs attract staff to regional centres like Ballarat, as well as allowing locals to stay in the regions and work near where they live, which keeps families in small towns.

“It’s a positive thing for regional areas, you probably don’t notice it as much with bigger places like Ballarat but it certainly is having an impact here.” Said Chapman. 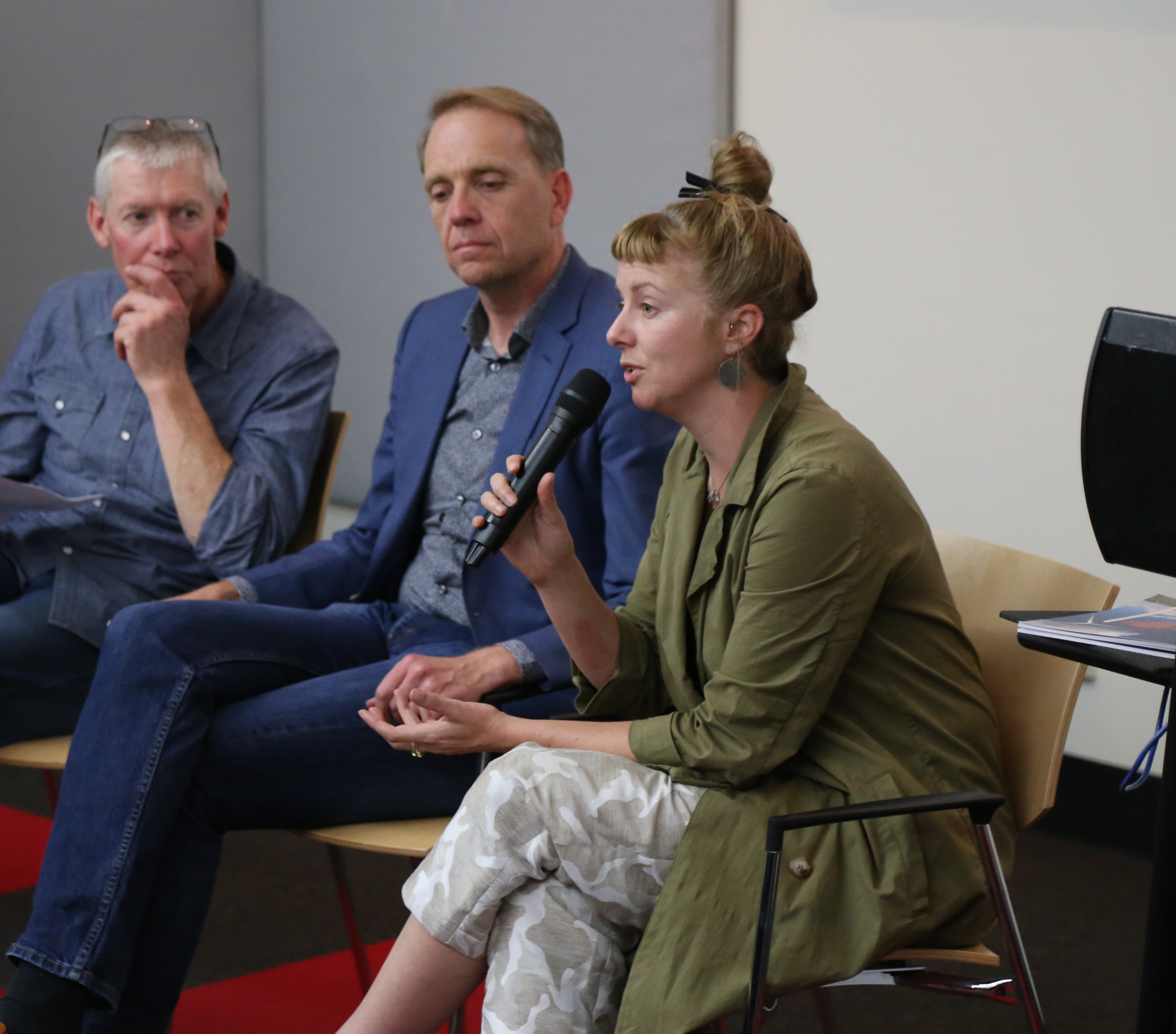 “It’s really exciting because there’s so much innovation happening, there’s so much breadth about what’s being offered from wind projects around Australia at the moment" - Taryn Lane

One could argue that the early days of the wind industry were a rocky start in their work with communities. But recent developments suggest that lessons were learned and wind projects are now far more likely to be characterised by effective community engagement and sharing of benefits based on local context and community feedback.

"It's never too late to get benefit-sharing right, these projects go for a minimum of 25 years" says Taryn Lane from Hepburn Community Wind Farm.

Pointing to examples like the Dundonnell Mini-grid and emerging Indigenous land use agreements (ILUAs) in Western Australia and the Northern Territory - wind farms are really expanding the ways in which they connect and work with communities, and attempt to share the benefits.

These hard-earned community engagement lessons from the wind industry are also lessons that could be applied to the new kid on the block in many regional areas, solar farms.

What we need to see from other states. 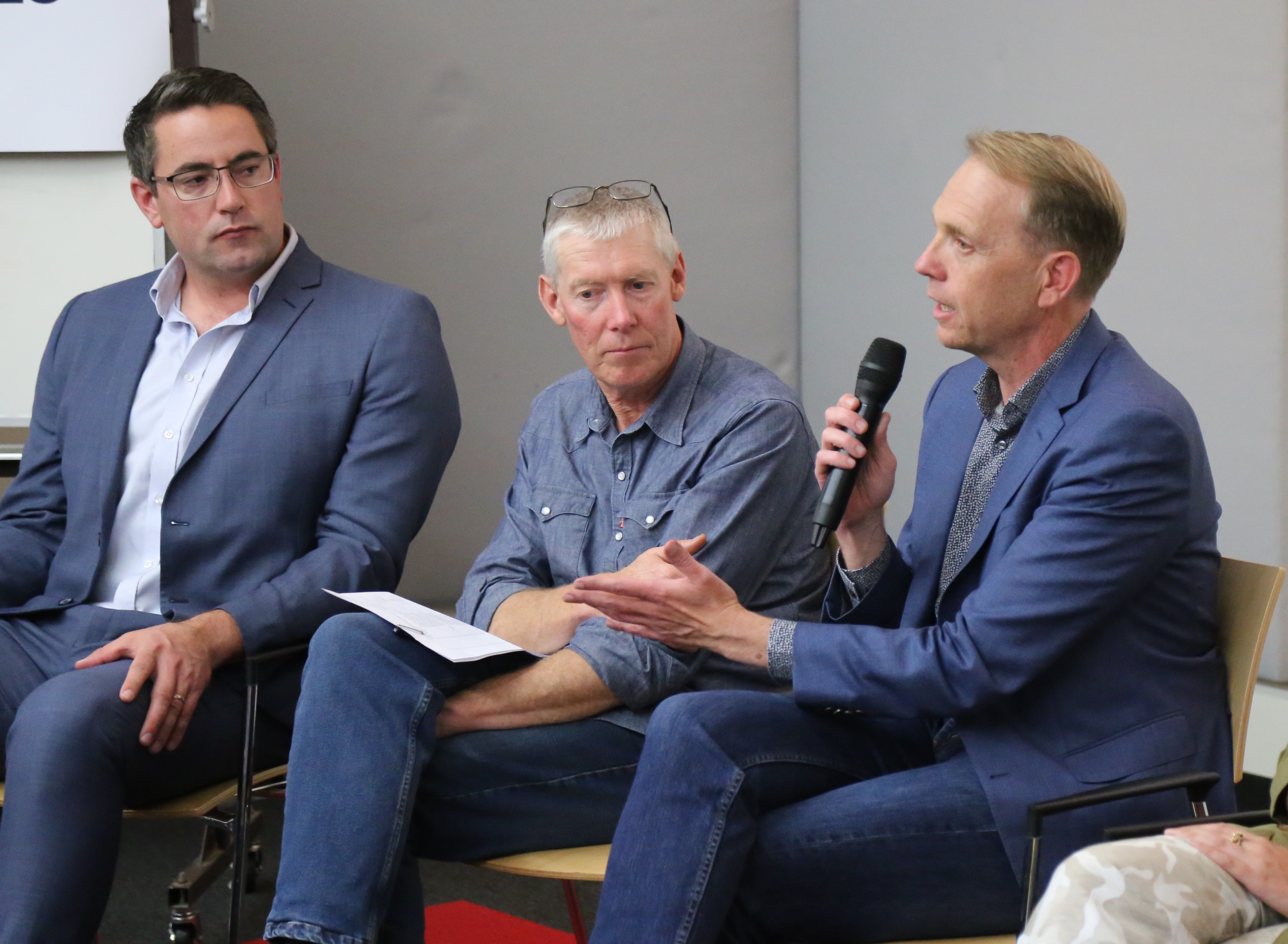 Simon Corbell is no stranger to renewable energy policy. As Deputy Chief Minister and Energy Minister of the Australian Capital Territory, he was the architect of ACT’s 100% renewable scheme. After that he was Victorian Renewable Energy Advocate, working with wind projects to deliver jobs and regional development outcomes for regional areas through the Victorian Renewable Energy Auction Scheme. He is now Chief Advisor with Energy Estate.

His message and advice for other states was clear: if you want to get serious about reaching your renewable energy targets, you need to be specific when creating whichever tendering process you will use to select the renewable energy projects.

During the tendering process in these ACT and Victorian schemes, some 20% of the final score given to projects was based on their community benefit-sharing and community engagement outcomes, resulting in projects that made significant contributions to the social and economic fabric of the states.