If you’re interested in wind power, Victoria is a great place to be right now. The state government has just legislated a VRET - 40% renewable energy by 2025 - and the first auction for 650 megawatts of new wind and solar projects will be opened before the end of the year.

What does this mean for local communities in the state’s wind districts? What changes can we expect to see in our energy market and how would this be impacted if government were to change at the next election?

The Australian Wind Alliance held our 2017 Wind Meet Up in Melbourne, with an eclectic mix of around forty wind industry workers, community, government and environmentalists gathering to hear three speakers discuss these issues and kick on with some drinks and nibbles. 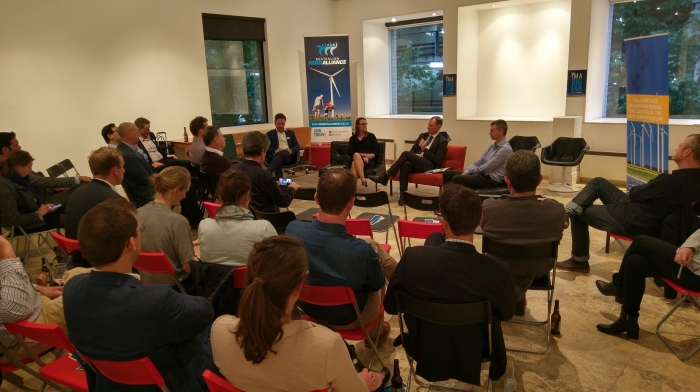 Melanie Robertson, CEO of the Committee for Ballarat, spoke passionately about the City’s plans to harness the economic opportunities on offer from a number of wind farm projects proposed in its area. Already, the local Federation University has announced new Wind Turbine Technician course to apply its training expertise to this growing industry. A number of other projects are in train beyond the jobs and economic boost that will follow when these wind farms are built.

Tristan Edis, industry veteran and analyst with Green Energy Markets pointed out that after Hazelwood’s closure, the state’s next oldest plant was Yallourn which is nearing 40 years old. There is a pressing need for large amounts of new generation to enter the system to be ready for the closure of this ageing plant.

David Southwick, Liberal MP and Shadow Minister for Energy and Renewables, noted that the wind industry’s record of community engagement was one that had improved markedly over the years and provided a model that other industries should consider following.

Questions from the floor zeroed in on the Liberal’s opposition to the VRET, questioning why they would want to jeopardise the benefits that the scheme will deliver. Mr Southwick explained that the Opposition favours a federal scheme so they’re waiting on further details of the federal government’s National Energy Guarantee, while acknowledging that this could take some time.

The message of the evening was clear. Investor certainty through clear government policy and regulation is desperately needed to keep wind energy projects flowing. The projects are there, the costs are low, reliability is not an issue. Bipartisan support would help enormously, but until that can be delivered, state schemes like the VRET (and the ACT 100% renewable auctions before it) will continue to unlock a huge windfall for Victorian regions like the Ballarat region.

See you all next year! 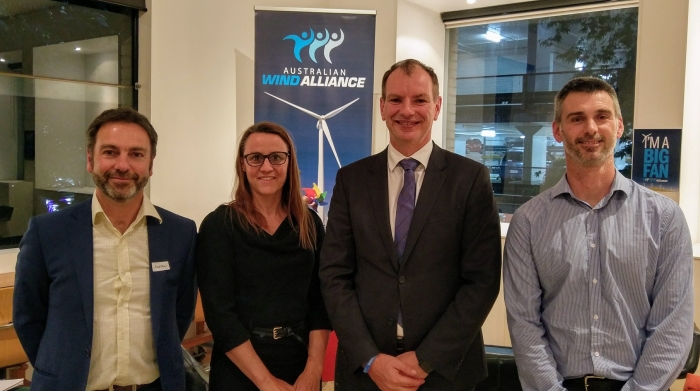