Come for the wind, stay for the community

Ahead of Wind Farm Open Day, I caught up with Tarago local, Gill Shepherd, to learn about what makes the town tick, and what’s it been like living near the Woodlawn Wind Farm.

When Gill Shepherd was looking for a place she could live and run her horses, she went looking for a place that had plenty of wind. Looking for a change from suburban Canberra, she and her husband found Tarago, a small locality of 600 people, 70 kilometres to the north. Tarago is also one of the closest towns to the Woodlawn and Capital Wind Farms that run along the eastern edge of Weereewa, or Lake George.

“I came for the wind”, says Gill. “I have a theory that the wind blows the respiratory viruses away from the horses and keeps them healthy. That’s why the racehorses do so well at a place like the Lambourn Downs in England. We’ve got plenty of wind here too.”

Gill has lived on a small property outside of Tarago for twenty years where she now keeps seven horses and two dogs. Alongside her work driving the local school bus in the mornings and afternoons, she runs a business fitting saddles. She has also written a children’s book which is part of a series (“Tales of tails”) where animals are there to support young people with the challenges they face in their lives. 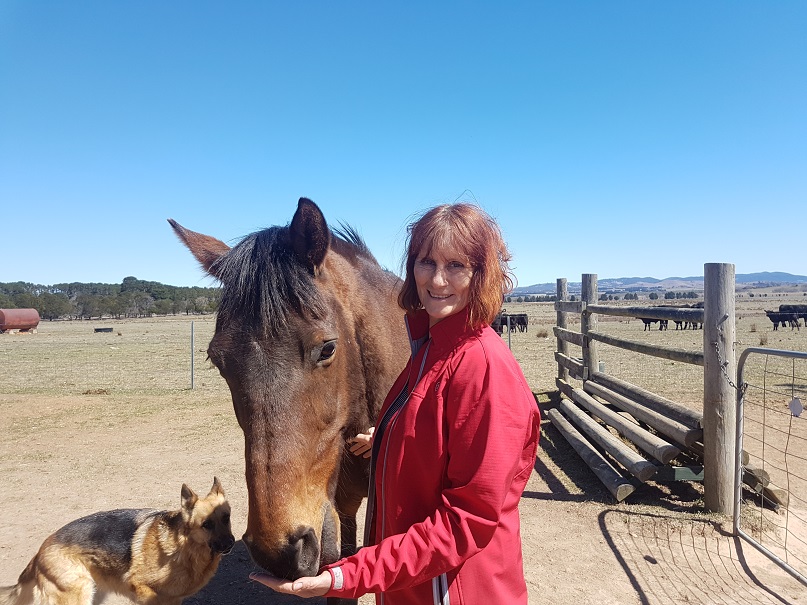 Gill Shepherd, on her property with one of her horses, Champ, and dog, Sophie. Credit: Australian Wind Alliance.

Gill is closely involved with many of the community groups that keep the region ticking - the Rural Fire Service, Tarago Times, CWA, Tarago Progress Association, Tarago Show, Tarago Sporting Association and through that the new Southern Tablelands Athletics Club. This not only gives her a good feel of what’s happening in the community but also gives her a chance to do her bit to make sure young people have a chance to thrive in Tarago.

“Little Aths is all about personal bests and participation and with the RFS, we believe in nurturing future volunteers.

One of the regular contributors to the work of these groups is the Capital Community Fund, run by the wind farms’ operator, Infigen Energy. Established in 2011, the Fund donates to community groups in Tarago and nearby Bungendore and Braidwood and sponsors a range of local events and projects.

“We’ve found the committee that distributes the Fund to be very approachable and they’ve helped us match the community’s requests with what the Fund can offer so that most requests can be satisfied.

“It’s been helpful with lots of little things over time. While it’s not really big enough to cover the major projects, the regular things do add up.”

One of the main projects the Fund supported in Tarago was an upgrade of the electrical system and purchase of a new commercial fridge for the Tarago Town Hall.

“The Town Hall is a central part of the town. It’s a Refuge Place for bushfires, and all sorts of public events are held there. The free wi-fi also means the kids can sit outside there after school and use the internet.”

The Fund is also supporting the production of a public art project that will be installed as part of an upgrade to the new Stewart St park, depicting some of Tarago’s long history as a transport route, hideout for bushrangers, as well as industries of mining and, more recently, wind.

Infigen Energy has run an annual fun run at the Woodlawn Wind Farm, Run with the Wind, for the last five years, which provides a chance for local groups to fundraise.

This year’s event on Sunday, October 21, will for the first time be part of a national Wind Farm Open Day which will see ten wind farms around the country open their gates to the public. 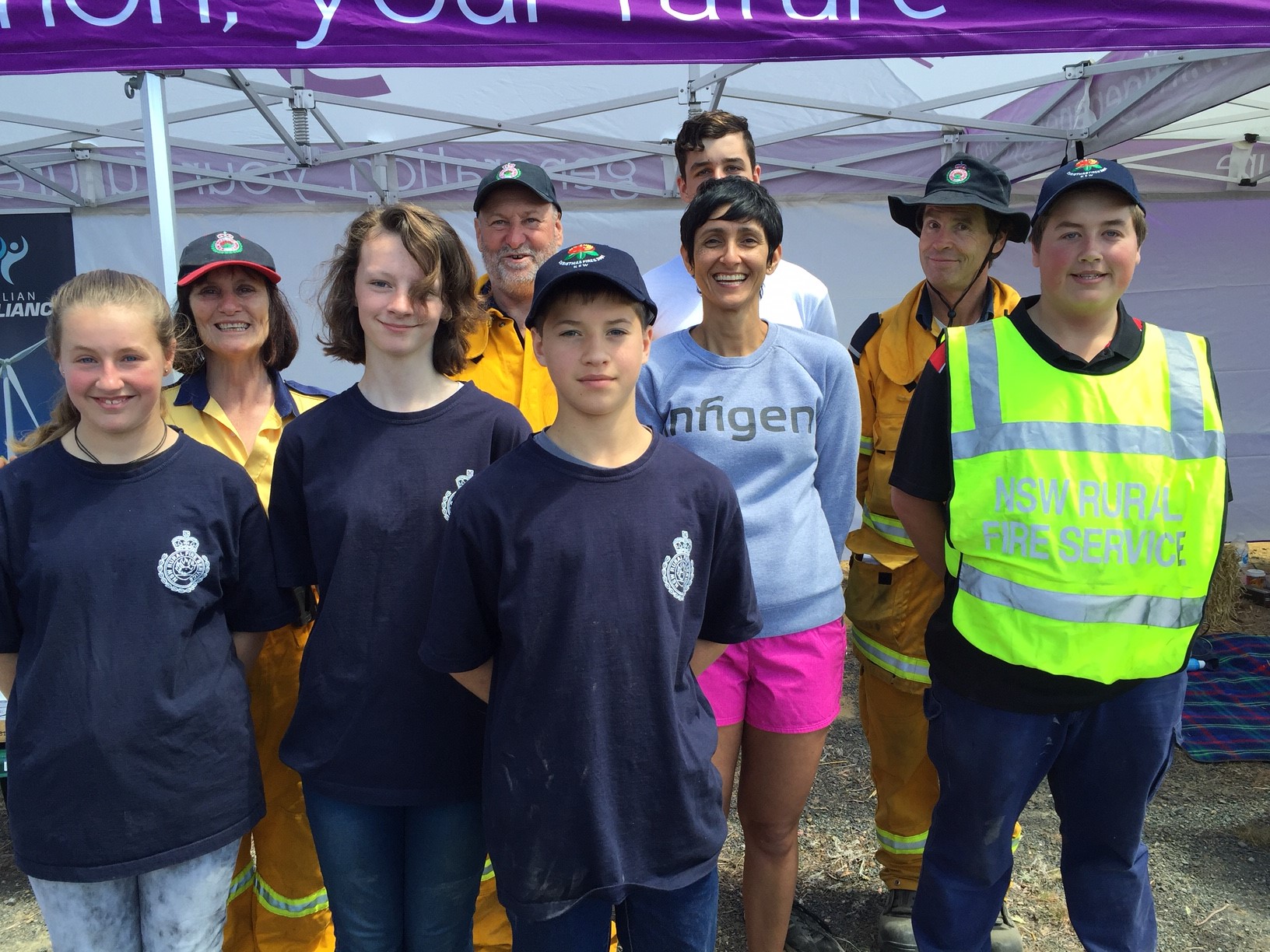 “Local RFS brigades get paid for catering or marshalling the parking and profits from the day go to specific local causes. Last year, the profits went to the Tarago Bushfire Brigade Juniors and so far we have put three young people through the basic firefighting course to get them ready for when they can get full qualifications as firefighters. That’s useful assistance.

Tarago also hosts a bioreactor which processes municipal waste from around the state, generating renewable energy from gases that would otherwise escape into the atmosphere.

“Having both a bioreactor and a wind farm gave some people the idea of creating a ‘green Tarago’, perhaps also in future with a charging point for electric vehicles. It’s sometimes a bit hard to understand the local benefits of clean energy, so maybe more information about this would help.

Looking to the future, Gill sees that Tarago is part of a bigger change to the way we produce energy, that may see even newer technologies coming along.

“We’re always looking for ways we can do things without harming the earth. There’s a lot of land out to the far west in Australia that’s isolated and not useful for farming. We could be using that for solar and wind, and then whatever is the next big thing after that. There’s always something new coming along….”

Run with the Wind will be held on Sunday 21st October, 2018 Entries can be made at https://www.runwiththewind.com.au.