How much power does a wind farm make? 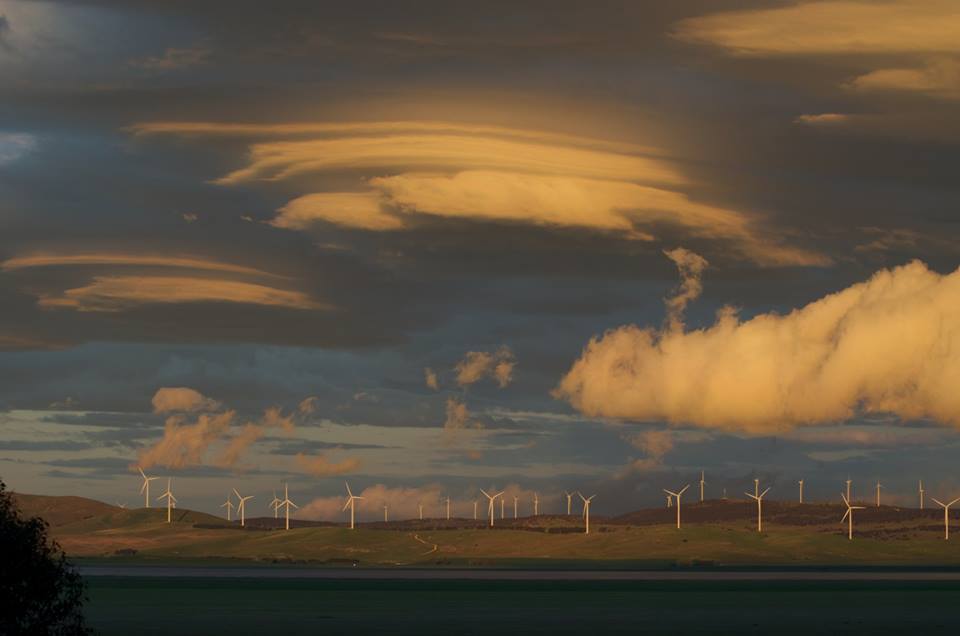 While the scale of the power that wind farms generate is not always clear, they're probably producing more than you'd think.

A friend recently had someone say to her, "Those things wouldn't even power Bungendore. They don't actually make that much power." "How do I answer him?" she asked.

For the readers' benefit, Bungendore is a sweet little town just out of Canberra. And the 'things' the questioner was referring to is the Capital and Woodlawn wind farms, on the shore of Lake George.

To the question of just how much energy wind farms put out, here's my answer.

The short version: how much power a wind farm is actually feeding into our grid depends on a lot of factors - number and size of the turbines and how windy the site is.

The longer version: wind farms in Australia today range from the very small - such as the 4.1 megawatt Hepburn Wind Farm with its 2 two megawatt turbines, which powers around 2,000 homes - to the massive Stockyard Hill Wind Farm, which at 530 megawatts, powers around 425,000 homes.

In total, Australia's wind farms produced 11.5% of our total electricity in the 12 months to April 2022. Not bad for machines that use nothing beyond the wind natures blows our way.

As for the Capital and Woodlawn wind farms that power Bungendore, they have powered the town about 150 times over the last 24 hours.

Below is what the wind farms have been producing for the last 24 hours. (Note that while we can see 90 turbines, 67 are part of Capital wind farm and the other 23 are Woodlawn wind farm. Capital is orange on the graphs and Woodlawn is pink. Charts courtesy of anero.id.au)

The first graph is the amount of power they are producing (output), and the second is the percentage of their total capacity that they're producing. Because it's been really blowy, they're both producing near their limit at about 90-100% (that's their capacity factor).

In other words, they've powered Bungendore around 150 times over in the last 24 hours.

So yes, they rather do produce enough to power Bungendore - as well as Goulburn, and most of Canberra. In total, these two wind farms alone power around 214,000 homes when they're going flat out. On average across the year, they power around 78,000 homes.

In terms of Bungendore, they would power all 1500 homes if they were running at just 1% of total capacity, i.e. if they were barely running.

Bungendore is the first place the power would go as it is closest to the power source, so effectively, whenever there are turbines turning, Bungendore is being completely powered by wind energy.