Wind brings out the sun for Portland District Health

Not many Australians can say they’ve seen first-hand what worsening climate change looks like.  When she was overseeing health services on low-lying Saibai Island, one of Australia’s Torres Strait Islands, Christine Giles saw with her own eyes as king tides engulfed houses and lapped around people’s feet.

“It’s insidious, eating everything. There’s just sea all around the houses. It’s very devastating for these communities,” recalled Ms Giles. 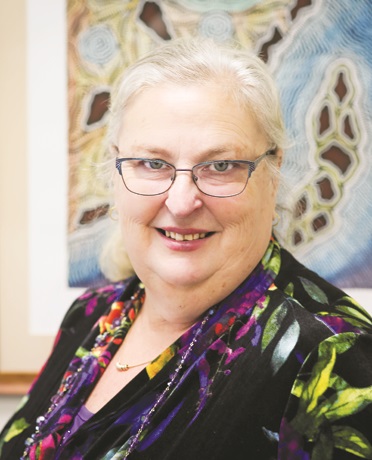 Now, as the Chief Executive Officer of Portland District Health, Ms Giles sees an opportunity to do something about it.

“There’s quite a feeling throughout the health industry that we do have to be mindful of how we’re contributing to rising sea levels and climate change. We can be good custodians.”

Portland District Health (PDH) has operated for over 150 years and provides most of the town’s health services, from the hospital through to health promotion, aged care and a range of other services.

“The community relies on us. When people come into a town, and it’s fairly remote here, to feel safe and settled they need good health services,” Ms Giles said.

“Hospitals are huge users of electricity - for temperature control, renal dialysis, etc. We do need to look at whether we’re use electricity efficiently and effectively. If we can source from non-coal based sources we’re going to benefit as well.

This concern catalysed into action earlier this year when the health service saw its power bills skyrocketing.

Local wind farm operator, Pacific Hydro, approached PDH and pledged $40,000 towards rooftop solar equipment that would help them generate their own clean electricity and cut their bills. The company runs a Community Investment Program, which since its inception in 2005, has provided more than $3.15 Million to over 700 local sustainable projects.  Pacific Hydro surveyed the Portland community to gauge interest in directing some of the Fund’s annual distribution toward the PDH solar project. Nearly 100 people responded to the survey, which saw 75% of respondents decide to direct additional funding for the project.

In July the company announced that an additional $70,000 would be donated from the Fund, taking the total available to $110,000. PDH estimates that this will be enough to install 60 kilowatts (kW) worth of panels across PDH’s rooftops. Over time, PDH are hoping to expand the system to 350 kW and save $80,000 on their annual power bill every year.

“The money we save on power bills will go straight back into providing better services for Portland District Health’s clients,” said Ms Prevett. 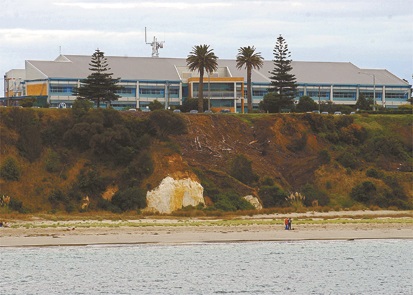 Installation of the panels began around two weeks ago and is being conducted by local firm, Keppel Prince, securing valuable jobs for the region.

Manager of the Solar Business Unit for Keppel Prince, Mike Noske, said that the project made a lot of sense for both PDH and for Keppel.

“Once power prices started going up the way they did, solar became much more competitive for large commercial users like Portland District Health,” said Mr Noske.

“Solar is working well for our business. As well as this project, we’re now starting to see a lot more interest, particularly on the back of the state government’s domestic solar grant.

“We’re very pleased to be able to participate in a project like this which is so important for Portland,” Mike concluded.

The project has received enthusiastic support from across the political spectrum.

Victoria’s Minister for Health, Jill Hennessy, said, “We know that renewable energy drives down power prices – and that means savings that our hospitals and health services can invest in treatment and care.”

“When it comes to projects like these, everyone’s a winner. They create jobs, contribute to a greener Victoria and save families, businesses and hospitals money.”

State Member for South West Coast, Roma Britnell, said, “This is good news for Portland District Health. We have seen Portland Aluminium be a huge supporter of the community over three decades, as have Pacific Hydro and I think it’s really important for companies who operate in communities to be good corporate citizens.”

Beyond the production of cleaner energy, Christine Giles sees a need for wind energy to incorporate more of the community’s spirit.

Referring to the local indigenous traditional owners, Ms Giles said, “The Gunditjmara story is fantastic. I’d love to see their journey painted on the white towers - people would be fascinated to see it. We could develop a walking/cycling path around the towers which has the additional benefit of promoting getting active and being healthy.

“Let’s look at how we can make them an integral part of the story of the community,” concluded Ms Giles.

Pacific Hydro operates the Portland Wind Energy Project, which on Sunday, 21st October, will be part of a national Wind Farm Open Day. Cape Nelson South Wind Farm will be viewable from the Major Mitchell Cairn at Picnic Hill Memorial, Cape Nelson Road, Portland, from 11 am to 3 pm, with a range of activities organised for the day. Community Fund recipients will be announced and the Portland District Health donation will be officially presented at 2pm.