Wind at the top of NSW election agenda in Goulburn 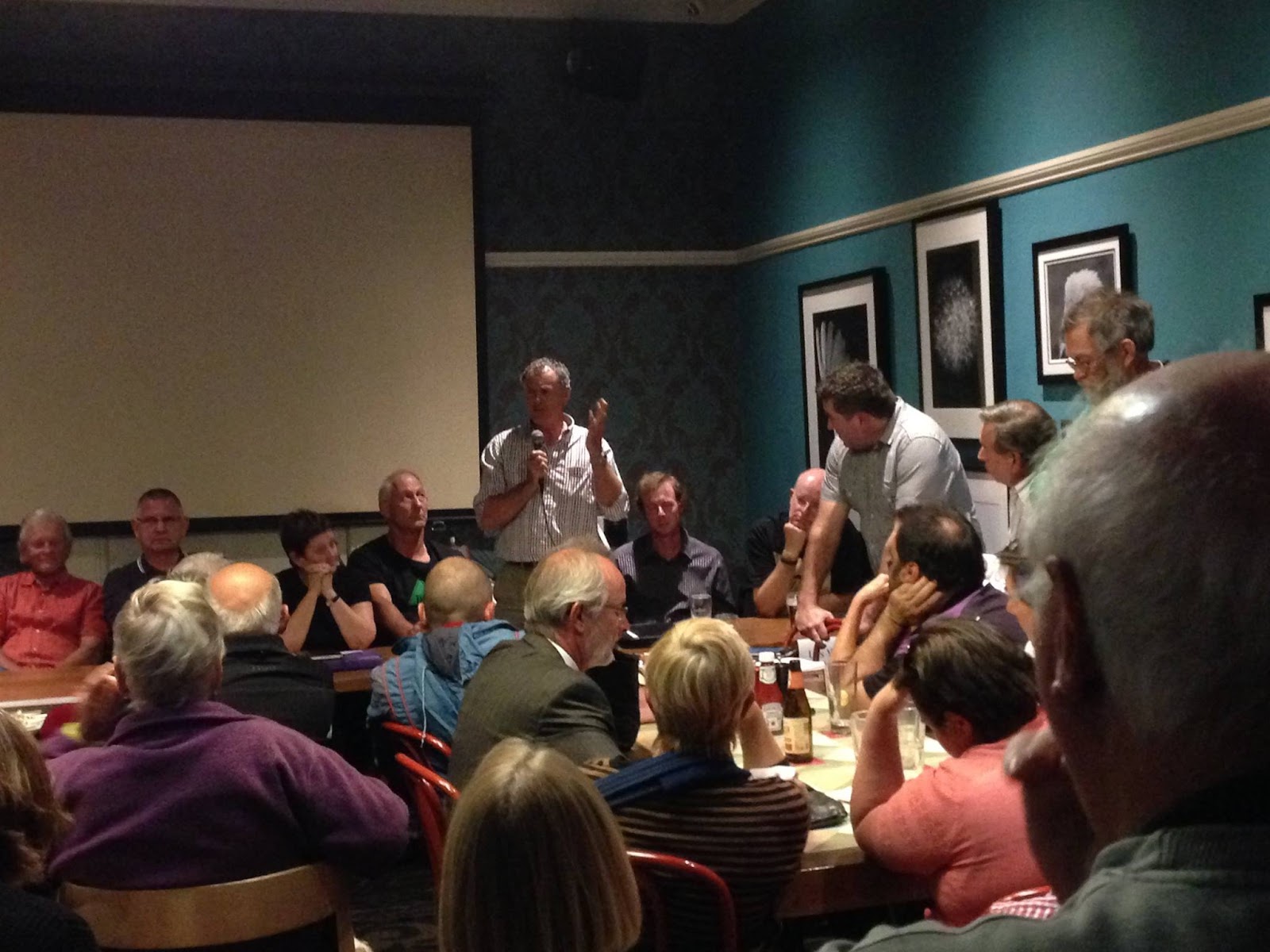 With the NSW state election only around two months away, the issue of wind power and renewable energy is appearing on the radar of politicians and voters alike, particularly in regional NSW where renewable resources of wind and solar are in such plentiful supply.

On the 19th January over 80 people, including a number of AWA supporters, crammed into Goulburn’s Tattersalls Pub for the monthly Politics in the Pub. The topic “Powering the Future” saw a broad based line up of speakers including Labor, Greens, Christian Democratic Party (CDP) and Independent candidates for the upcoming NSW State election along with the Mayor of Goulburn Mulwaree Council, representatives from Solar Share (Canberra) and the NSW Nationals.

AWA’s NSW Organiser and local farmer, Charlie Prell joined the speaker line up to make a strong case for the critical role of wind power in shifting Australia to clean energy. Charlie put front and centre the crucial roles played by the Federal Renewable Energy Target and NSW planning policy in driving long term investment in renewables and economic benefits to regions like Goulburn.

In what is potentially a real step forward in NSW's regulation of wind farms, the Labor candidate for Goulburn, Dr Ursula Stephens, agreed with AWA that a review of the current draft NSW Windfarm Guidelines is necessary to get a better outcome for both wind power and communities. Unfortunately the incumbent State member for Goulburn, Ms Pru Goward, who is also NSW Planning Minister was not able to attend the event. It would have been an excellent opportunity to see a bipartisan commitment to such a review and find out from both sides what improvements they would like to see.

Some interesting questions centred around why local federal MP, Angus Taylor, continues to support his ideological opposition to wind farms rather than the regional development opportunities for his electorate.

The President of the Goulburn Chamber of Commerce also asked about why more is not being done to attract renewable energy and other high value industries to the region. The point was made that this is where global issues hit the road at the local level.

Despite a small fractious interchange from a few opposed to wind farms, the event saw a lively and thoughtful debate on emission reduction, community energy, access to renewable energy by low income households and the need for better standards for community engagement by wind farm developers.

We are certainly keen to see this discussion continue right up to the election.