The locals' vision of Stanley, including wind power

I recently visited Circular Head, north west Tasmania to attend an information session about a planned wind farm and learn more about renewable energy in the area.  I love the area of Stanley, previously working at Blue Hills Honey at Mawbanna and traveling to Stanley and Smithton on the weekends with bee stings on my face... It was a joy to return there and talk to locals.

The Western Plains Wind Farm is planned to be co-located on the world class Cape Grim Beef farm. It’s a relatively small wind farm of 12 turbines. The closest town is Stanley which is 4 km away from the proposed wind farm with a hill in between. A transmission line to take the wind power to the grid will run from the wind farm to the Port Latta substation. After conversations with locals the developer decided the line should run underground to minimise visual impact as it passed close to the township of Stanley.

Western Plains will harness Tasmania’s particularly strong winds and will be part of a larger North West Tasmania Renewable Energy Zone (REZ). Nearby Smithton already has a Vestas wind turbine depot, with local workforce to service and maintain existing wind farms in the region. Some of this workforce live in Stanley.

There’s been some recent news about opposition to the project. Despite this, Mayor Daryl Quilliam noted that before the information session I attended, things had been pretty quiet, saying, "Up until now, we haven't seen too many people against the wind.”

While I spoke to some of the opponents of the project, I also spoke to quite a few people who would be happy for the project to go ahead. Here’s a sample of what they told me. 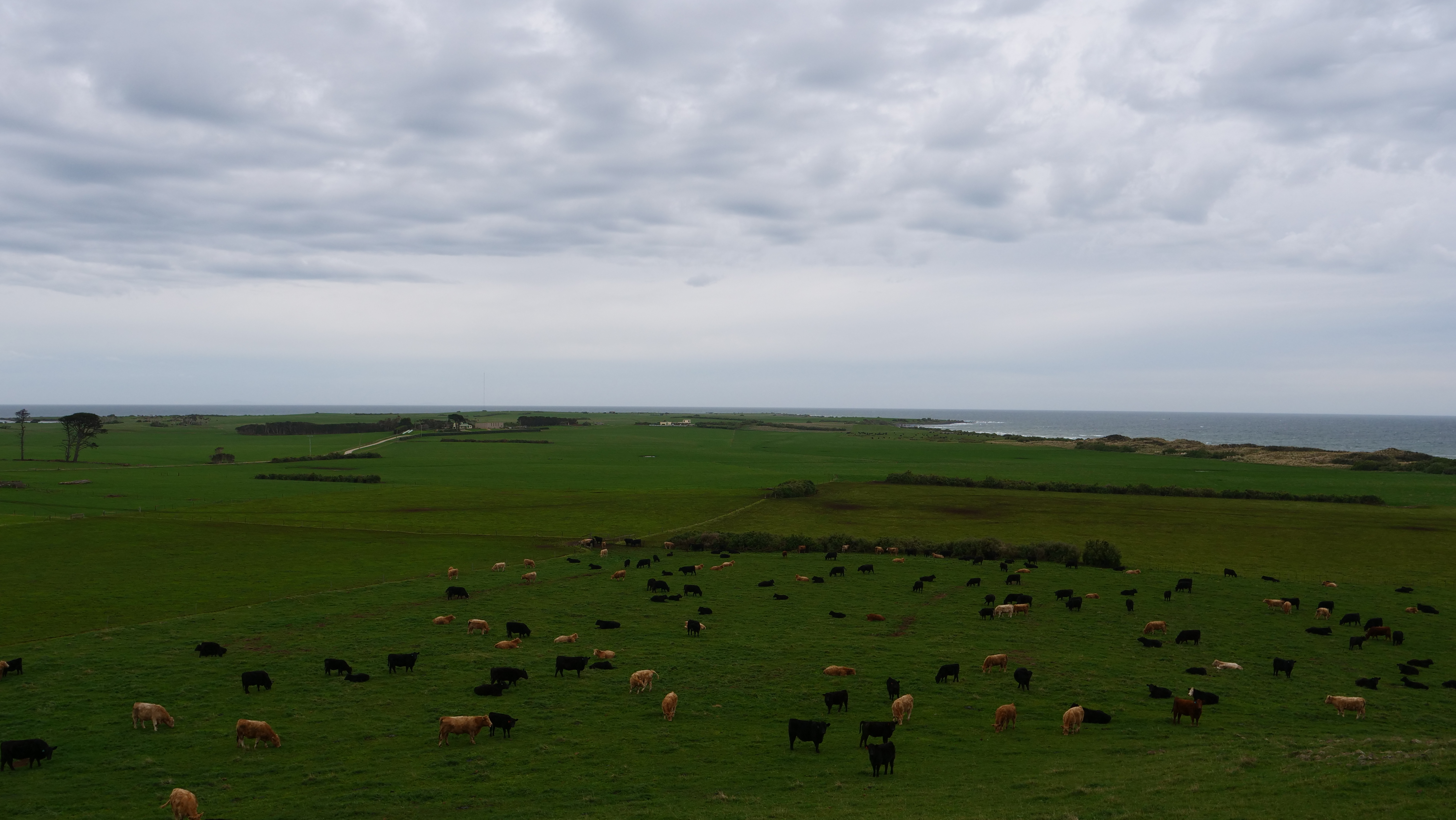 Looking out over the farm that would host the project. 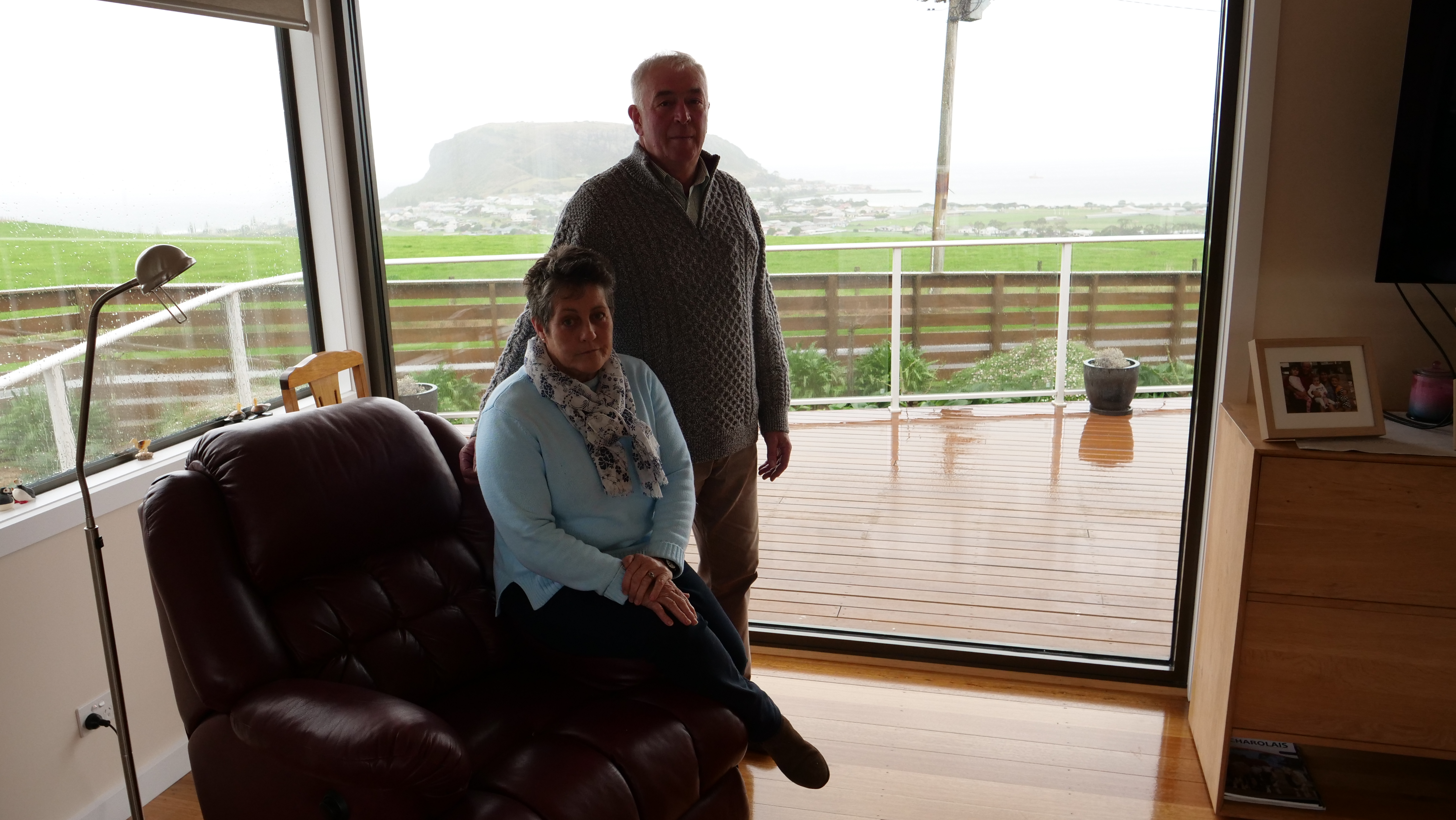 Milton De Jonge and his partner Gaylene live on Green Hills, with a view of the Stanley township and the Nut to one side and a view to the potential wind farm site on the other. He currently has a hedge that will obscure the view to the wind farm from his lounge room. He’s planning to get it trimmed so he can see the wind farm in its full glory.

“From the press and the signs around town you’d think that 100% of Stanley people are opposed to this but that is so far from the truth. There are a lot of people with open minds on this and there are lots of people that are supportive of this project.”

“This town used to be an industry town, we had saw mills, we had green mills, we had a planing shed, we had fishing co-ops, we had a viable wharf. This hasn’t always been a tourist town. It's only in the last part of its history that we’ve become, as some people would say, a sole tourist town.

“We could make a success story out of doing something in conjunction with the wind farm or renewable energy program and educate our children and be part of a Tourism town, an active tourism town, and be a part of a community of support instead of being so negative all the time.

“I think a lot of people are fascinated with the technology. There’s some people that won't look at them, I accept that. But there’s a lot of people, just out of  curiosity, will want to know where they are, and a lot of people embrace the beauty of it, the technology, that we’ve come so far that we can generate our power from a renewable source right there at our back door.

“Why can’t it be part of the whole network and people can live here and service them, and be electricians or maintenance people or whatever and just still live and embrace  Stanley for what it is?

Tom Glynn, Stanley resident, is supportive of the regulatory process underway and wants people to trust that process, saying “My position of the wind farm is that it should be dictated by research and government regulation.” He also says that renewable energy in Tasmania will play a role in the nation's de-carbonisation. “I think that the people of Tasmania ought to support the concept of Battery of the Nation, Tasmania is well suited with hydro and other renewable sources of energy.”

Frank Lovell, resident of Stanley for nearly 50 years and has been living on Green Hills for the past 10 years. I ask him about seeing the wind towers from his residence, “I don't have an issue with seeing them.” He goes on, “My support is for the progress of Stanley. How can we afford to knock this kind and level of investment without proper assessment process. There’s a couple of individuals who will be inconvenienced with the views and they should be recognised.

“This or any other project should have a fair, open and honest assessment process. The community should show a little bit more support for the assessment system. The proper planning process should be followed .” 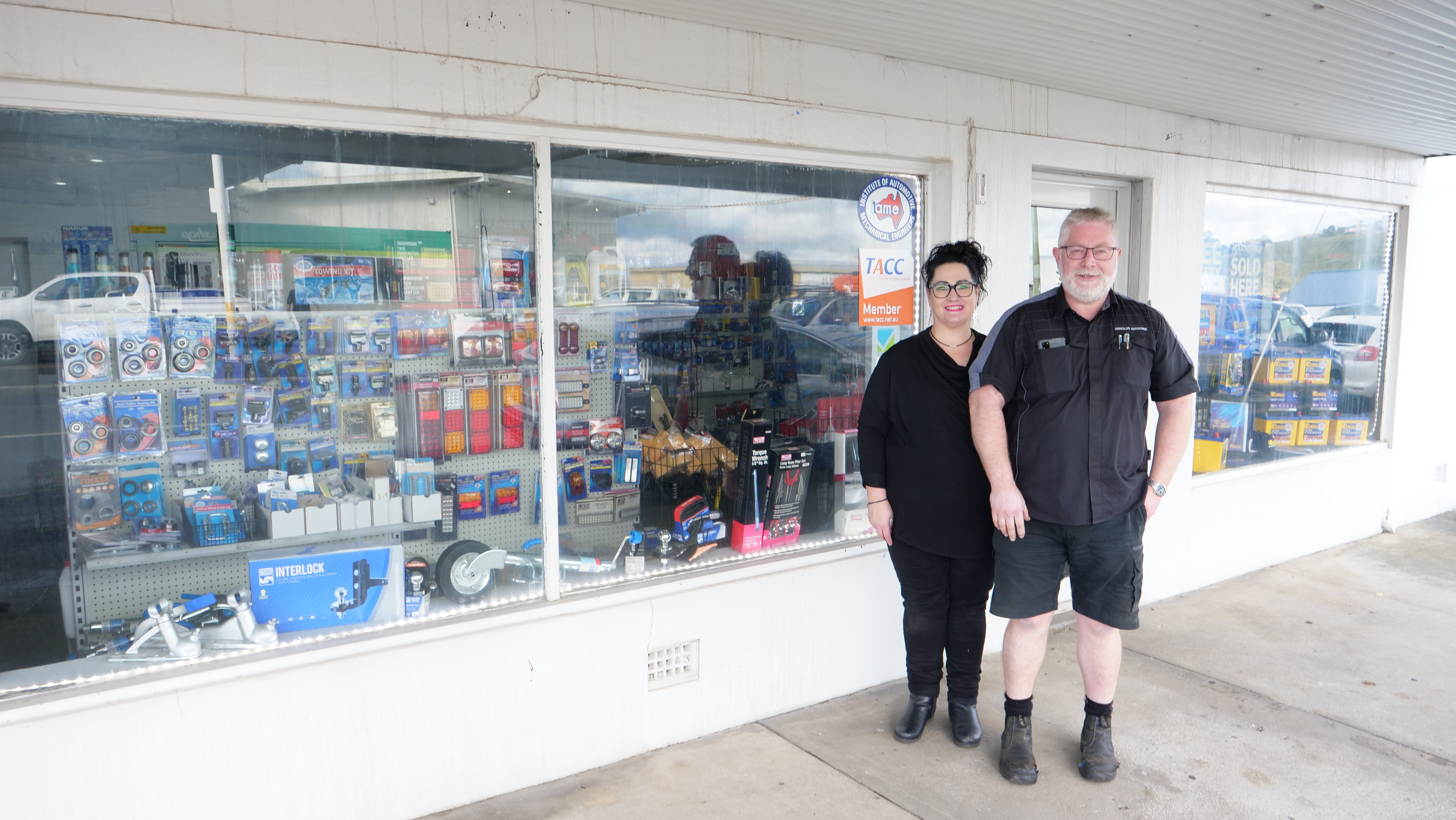 Jane runs an automotive repair shop in Smithton and volunteers for Tarkine Coast Progress Group. She talked to me about the larger vision for the area.

“In the region I'm very positive for renewable energy, being an owner of solar panels and seeing the benefits of that, I think it’s a new mindset of the future, so to have renewable energy I think that it's something inevitable.”

Talking about wind turbines, she said, “I find them peaceful.”

Her partner, Peter, who is a mechanic and co-owner of the repair shop said, “We need more forms of energy for the vehicles of the future coming through.”

Jane and Arnold were early adopters of electric cars. Peter did one of the first courses in electric cars and hybrid technology in Tasmania.

John lives at Rocky Cape and is the owner of Rocky Cape Retreat Accommodation. He will see the Western Plains Wind Farm from his property across the bay. He’s also the President of the Tarkine Coast Progress Group but speaks in an individual capacity.

Renewable energy in the region?

“I think it's a good thing, it's a natural asset that’s the wind.”

How can the community benefit?

“I don’t think it will affect tourism. You’ll be able to see it from our property but so is Port Latta. I don’t think they could build something like Port Latta today.  ”

“Seeing them doesn’t bother me. I wonder if when people see them, they think ‘the people over there are doing their part to negate climate change. But I’m not living in Stanley so it’s hard to say.”

Smithton Business owner, who grew up in Stanley.

“I’m all for renewable energy of course. As far as the business is concerned we really do need more industry in Circular Head. When we took this business over we had Gunns timber company, McCains, Forestry, Hydro that had a lot of families that live in town and basically they’re all gone. We’re working really hard now to keep our business open and keep it running. It's just hard work.”

She tells me the majority of people support renewable energy projects. 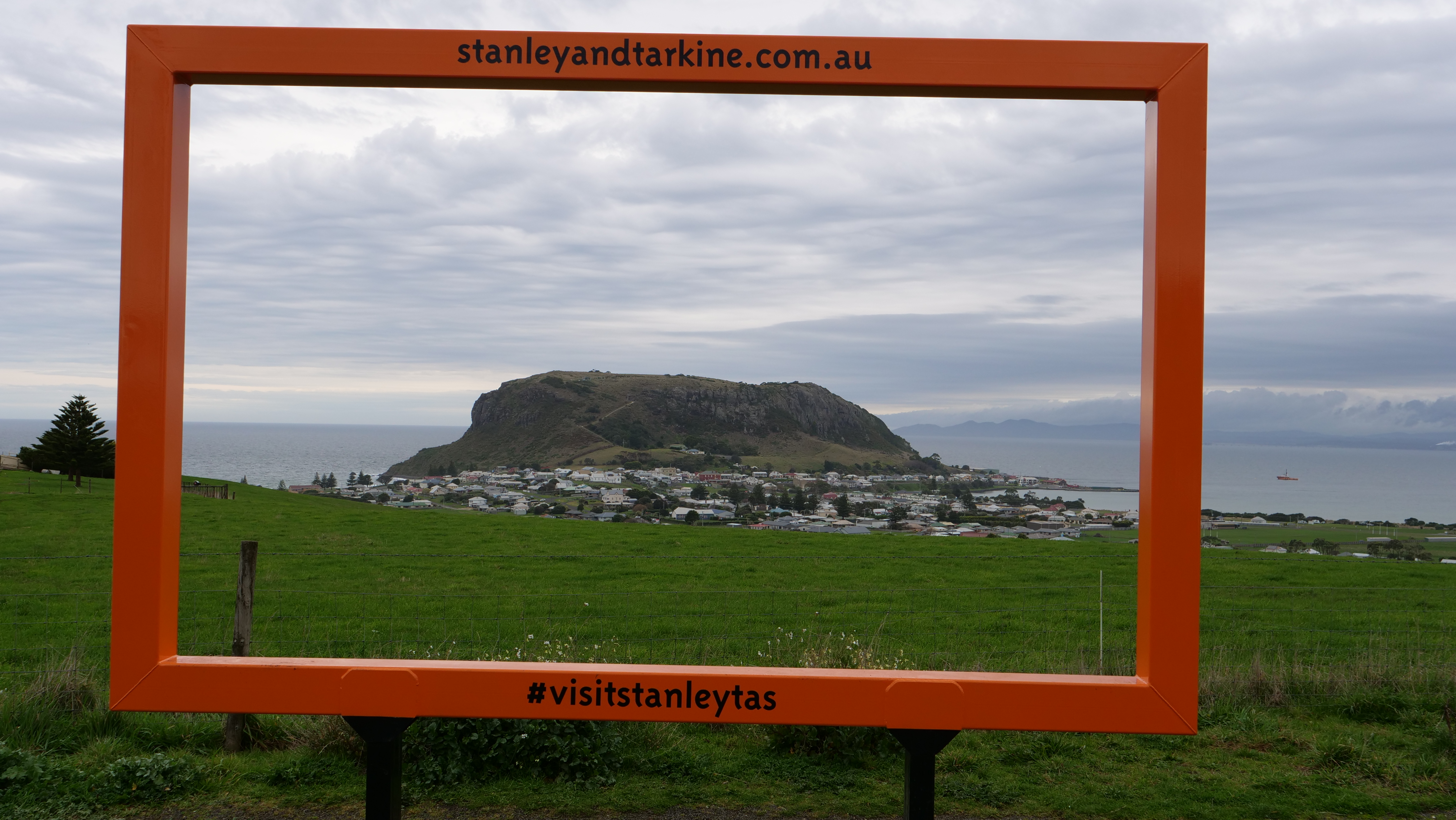 Just like the Nut, a wind farm can be a tourist attraction in the region.