All for jobs in Portland 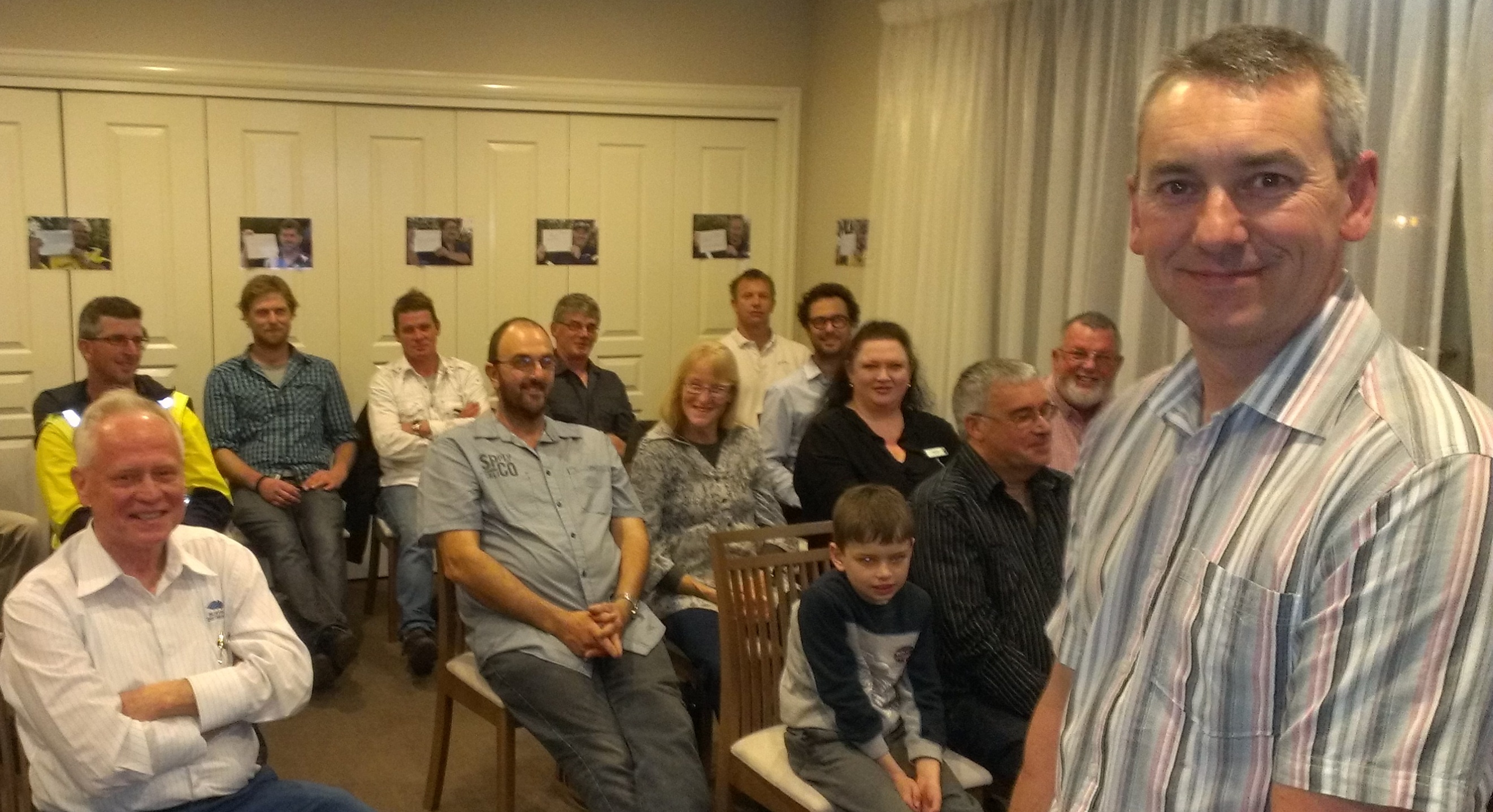 Portland-region VicWind supporters and members rallied to boost the morale of the local wind sector at a meeting in the town on Tuesday.

Twenty small businesspeople, wind workers, renewable energy advocates, environmentalists and trainers and four Glenelg Shire Councillors came together to discuss how they can be stronger advocates for the wind energy industry.

Stuart Batten spoke about his job heading up the wind tower construction division of Keppel Prince Engineering, one of only two wind tower builders in Australia.

The company recently secured a deal to build towers for the Taralga wind farm in New South Wales, and it will be bidding hard to win work on the final stage of the Portland Wind Energy Project that was announced last week.

Stuart described the specialised skills many of his workers needed to do their jobs, and said it was hard to keep these skilled workers in town during the frequent down-times the industry had faced in recent years.

This insecurity was being reflected across Victoria, VicWind State Coordinator Andrew Bray noted, with years of Federal government uncertainty and State Government anti-wind planning laws holding back the growth of the sector.

The Global Financial Crisis and the belief that foreign products were also being brought into Australia for below-cost prices had compounded the issue for Portland's businesses, he said.

A variety of supporters

Glenelg Shire Councillor Geoff White was in the audience, and observed that loans from the Labor Federal Government's Clean Energy Finance Corporation had brought great benefit to Portland by allowing the Portland Wind Energy Project and the Taralga wind farm to be completed. However, this was likely to be shut down under the new Coalition government.

He said he approved of the work being done by VicWind to bring greater development to the Glenelg Shire by urging attendees to voice their concern about the issue to their politicians.

Portland Seaview Real Estate director Wayne Barrett joined VicWind at the meeting and said it was important that people stood up for this important and threatened industry, which had brought growth to the town through jobs.

He said returning more certainty to the sector could only improve spending in the town and bolster people's investments.

Other new VicWind members that signed up on the night included small businesses that provide components to the wind industry or are involved in maintenance and design services, as well as current wind industry workers.

South West Institute of TAFE Portland Campus leader Trudy Thorp also joined the training organisation up to VicWind in June and was at the meeting.

You can join VicWind today, too.