There’s nothing like seeing a wind turbine up close to understand how these gentle giants turn wind into electricity. More than a thousand people took this opportunity last weekend, touring wind and solar farms in NSW, Victoria, SA and Tassie during the 2019 Clean Energy Open Day.

The day was organised by the Clean Energy Council, the Australian Wind Alliance and hosted by wind and solar farm operators around the country. There were sausage sizzles, face painting, info stalls and bus trips to allow visitors to get up close to the turbines and panels. There was even a fun run at the Woodlawn Wind Farm in New South Wales.

Volunteers and staff from the AWA were there at four sites - Moorabool and Waubra Wind Farms in Victoria, Gullen Range Wind and Solar Farm in NSW and Studland Bay Wind Farm in North West Tassie. 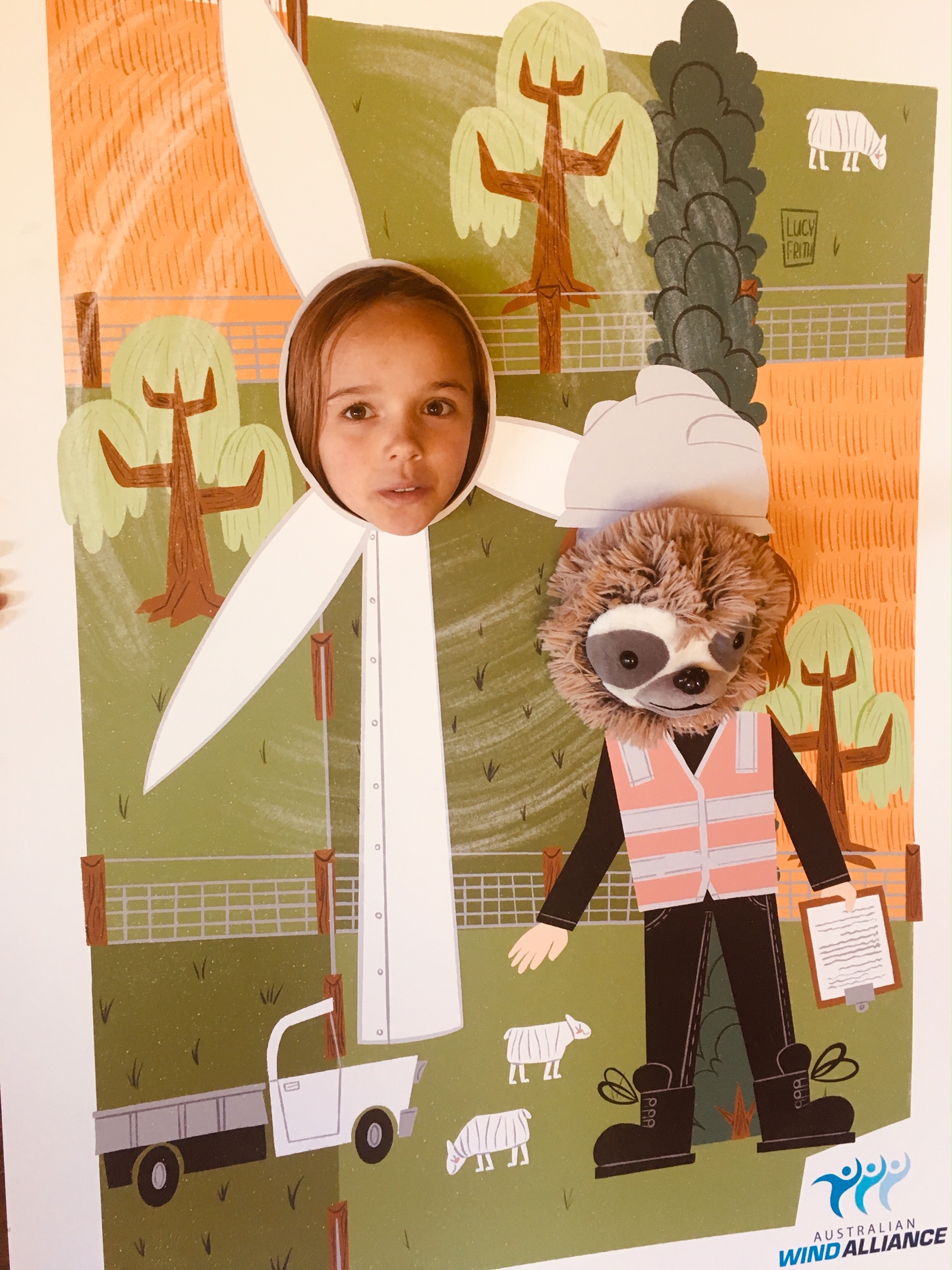 Photo board made by Ballarat Artist for AWA Lucy Frith Credit: Dimity Taylor

AWA members and close wind farm neighbours, Dimity and Hugh were on hand in Crookwell for the Gullen Range tour. A bus tour had been organised that was booked out long in advance. Participants ranged from Canberra residents wanting an interesting day out in a beautiful part of the world, to people involved in renewable energy technology but had never visited an actual wind farm - to a retired Clean Energy Finance Corporation employee doing personal research on how to significantly and rapidly increase the uptake of renewable energy world wide.

The tour group met at a local pub for a coffee and a chat before heading off on the bus, then returned for a delicious lunch at the end. The participants all raved about how good the tour was with so much excellent information, and appreciated being able to ask questions of such knowledgeable people as the Operations Manager, Leo Pearce, and the Site Manager, Simon Zhao. There was also interest in the AWA, as well as community issues regarding the wind farm. Dimity and Hugh were able to reassure questioners that the occasional noise did not annoy them or keep them awake, and that - contrary to what they’d heard - the value of their land was fine, even though their property bordered a wind farm.

Andrew Bray was at Studland Bay Wind Farm in North West Tasmania. His stall was set up in the work shed and had a steady stream of people through, most of them from local farms and the nearby town of Smithton. There was plenty of love for the wind turbine and many people were eager to sign a petition calling on the federal government to do more to support wind energy - not to mention handing out apples on the apple isle is always a crowd pleaser...

Tony, AWA's Victorian organiser was at the Waubra recreation centre where the Waubra Wind Farm was celebrating its 10 year anniversary of providing cheap clean energy. When it was first constructed it was the biggest wind farm in the Southern Hemisphere. One turbine can provide enough energy for all of Waubra, while the entire wind farm can provide enough energy for Ballarat and Bendigo combined. There were lots of people having a tour of the region and checking out the wind farm with their family. Tony spoke with many locals including: Karen, Peter, Lou and Matthew at the Clean Energy Open Day Waubra Wind Farm tour. “I think they are beautiful and futuristic” was one comment.

AWA volunteers Jow and Ben were at Ballan for the Moorabool Wind Farm which had 250 people take the tour, one of the most popular in Australia. Visitors were shown through the base of the turbine and technicians showed how to put on harnesses, how to attach and use slider systems, as well as how to lift the large screws. 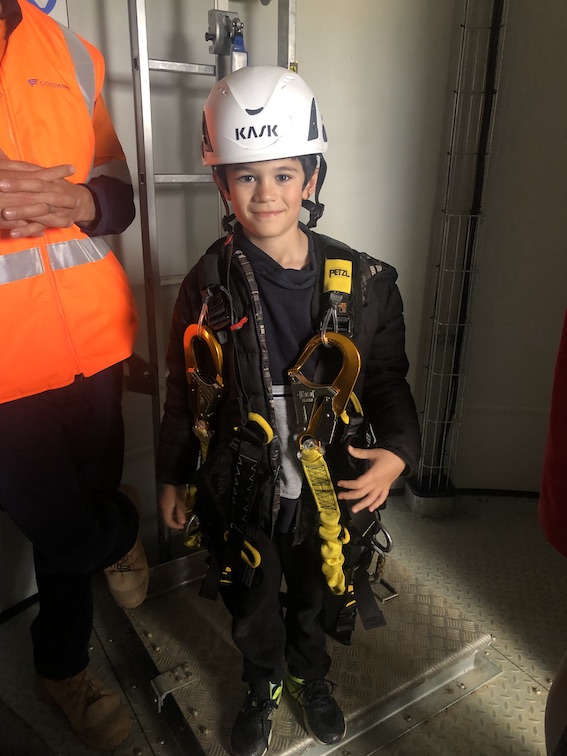 The 8th annual Run with the Wind fun run event was held at Woodlawn Wind Farm. There were 298 participants in the 5km run and 277 people participated in the 10km run! Brea from Infigen told me:

"Another year and another amazing crowd, the event is going from strength to strength. We had perfect conditions with cool temperatures, sunny blue skies and a good breeze so the turbines were spinning."

Here are some of our favourite photos from around Australia: 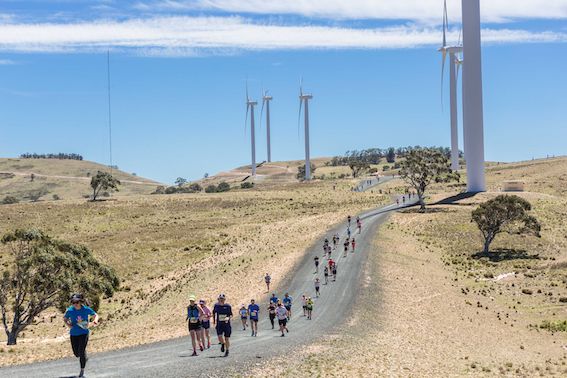 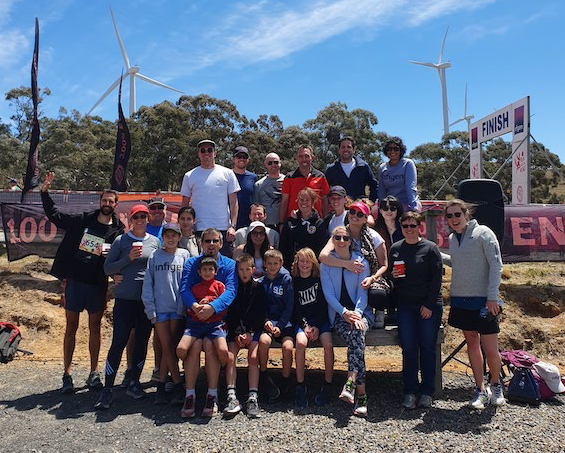 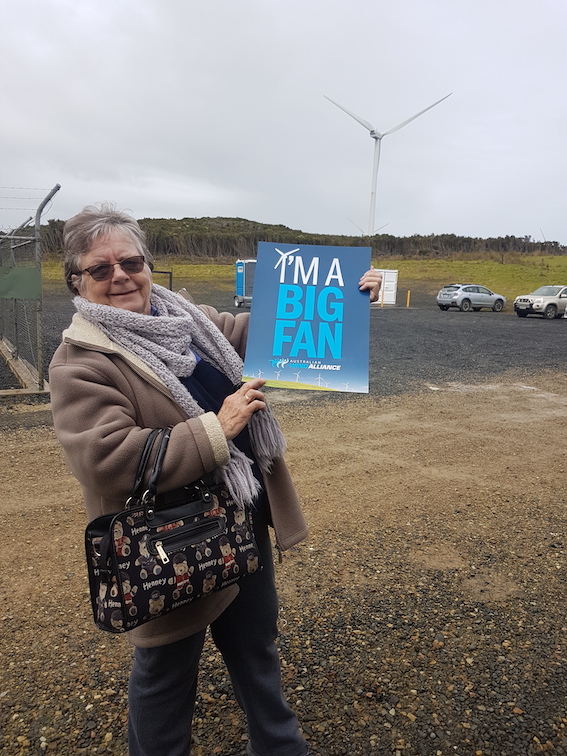 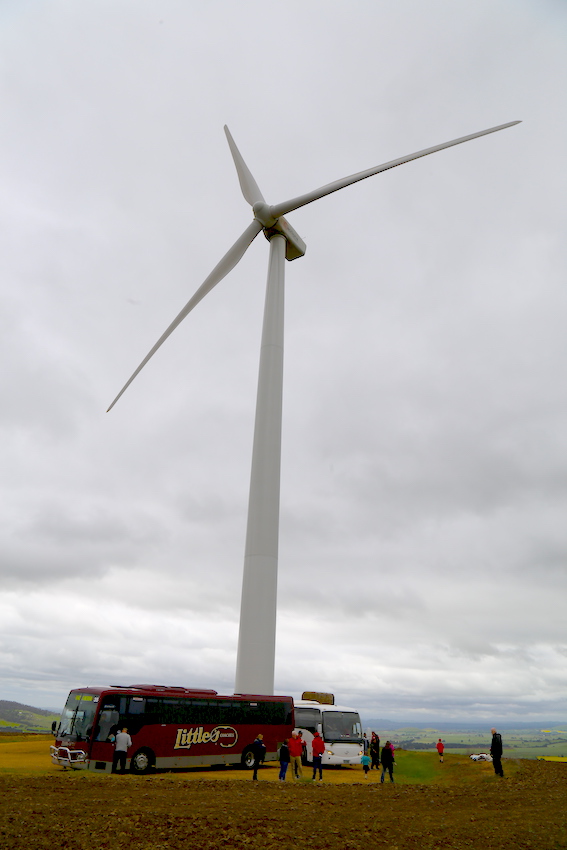 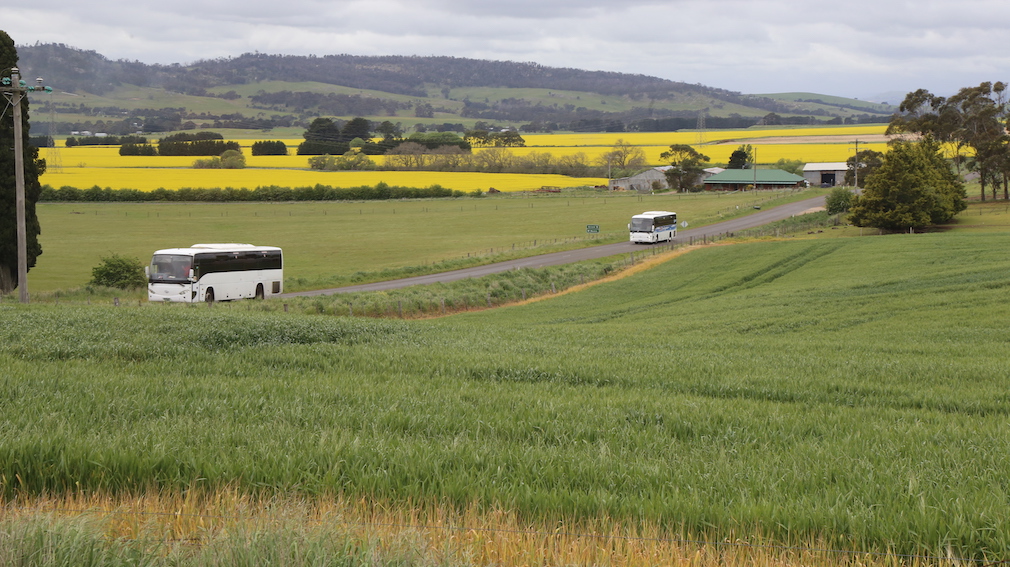