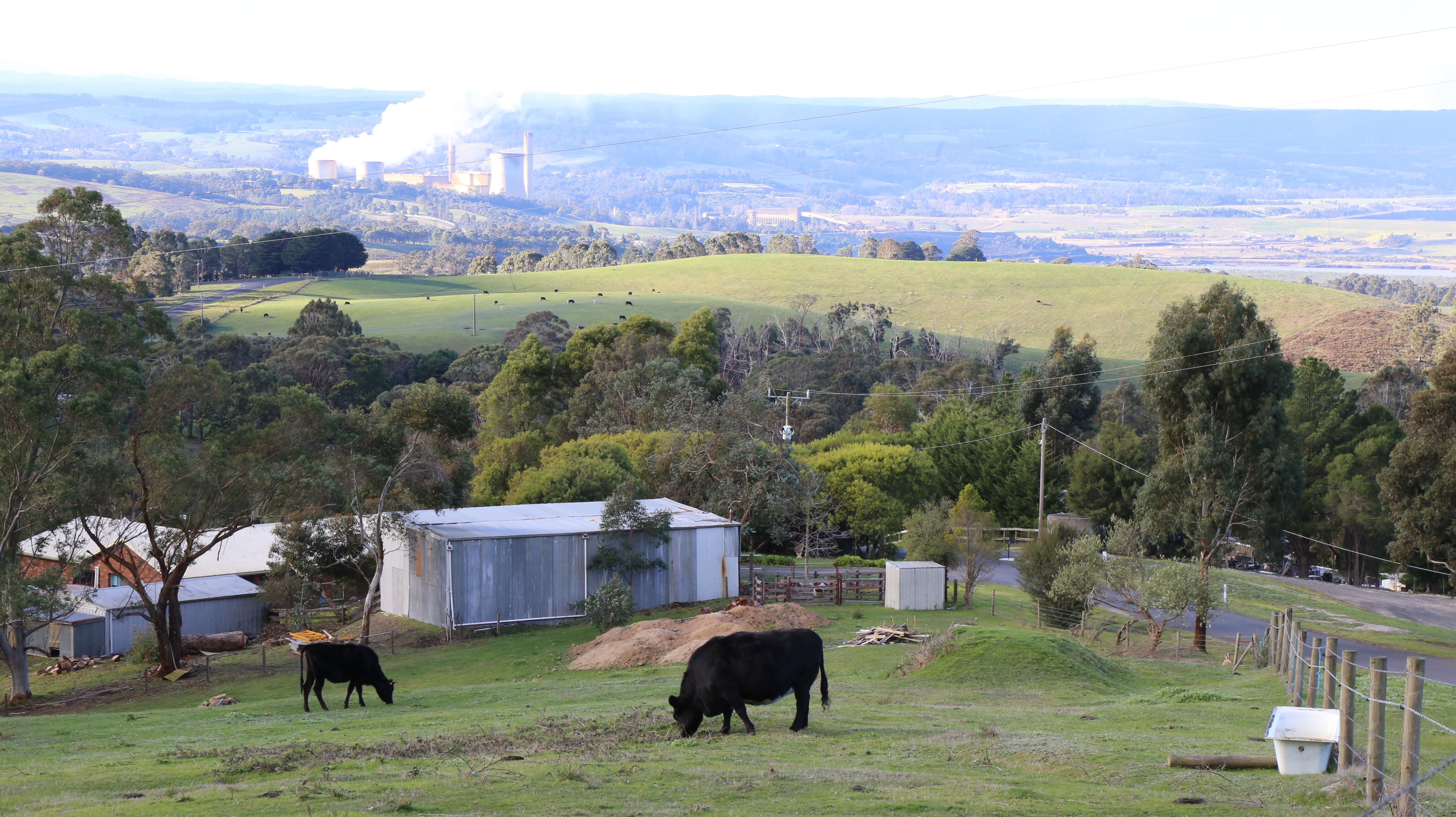 Recently, I went to the Latrobe Valley to learn more about an exciting new wind farm project and meet with community members and leaders.

The Delburn Wind Farm will feature 35 wind turbines built on pine plantation, overlooking the old site of the Hazelwood power station. We wrote about it when the project was first announced highlighting the benefit sharing.

The $340 million project will power 125,000 homes with clean energy and contribute a total of $1 million a year to the councils, neighbours and local community in the Valley.

The developer, OSMI Energy, has been heavily engaging with the community early in the project’s life. Based on early feedback they have reduced the number of wind turbines to 35, down from the originally proposed 53 turbines.

Here's what some of the locals had to say to me.

Marg Thomas a local resident of Mirboo North is hopeful about what the project offers to the community: “We’re in an energy transition. We need to respectfully discuss the future of our community and look to the bigger picture. Part of that picture is renewable energy projects like the Delburn Wind Farm. It’s critical that we have genuine meeting of minds on this so the best outcome can be reached for our community.”

Chris Barfoot, a local from Morwell and a Project Officer at Latrobe Valley Community Power Hub is impressed by the engagement so far: "I would like to congratulate OSMI on their approach to community engagement. They are listening to the community and refining the design, they are committed to providing community benefit and for the first time in this region offering community investment. This really shows the way forward for developments into the future."

Trevor Hoare from the Latrobe Valley Sustainability Group and local resident from Boolarra South, who will live 10 km from the nearest turbine, sees wind energy as a positive: “I want to stop the impacts of climate change on my grandkids," he said after a visit to Bald Hills wind farm organised by OSMI, “the visit confirmed for me that wind turbines turning lazily in the distance are an attractive addition to what is an agricultural industrial landscape.”

Lorraine Bull, from the Gippsland Climate Change Network and a resident of Morwell who will be able to see the wind farm from her house said she is very happy to be able to see new energy from her front veranda.

"I used to see Hazelwood’s pollution from my house and am looking forward to wind turbines instead.”

Lorraine outlined why the project is so important for the region.

“Latrobe Valley is about to join the renewable energy revolution. Most exciting is the Delburn Wind Farm proposal, overlooking the now-defunct Hazelwood Power Station and smaller Morwell Power Station.”

“Essential electricity production in Latrobe Valley is moving on from polluting coal to clean wind power, a few solar farms at various stages, and maybe even pumped hydro, bioenergy or geothermal.  It's certain that we need to build new generation before the aging power stations close, as well as create jobs and training for transition.

“Delburn Wind Farm is innovative by being located in HVP plantations, and OSMI offer investment opportunity and community benefit.”

Several local groups have voiced their support for this project. Cath Thompson, a local from Boolarra and part of the new group advocating for wind energy in Latrobe Valley - the Strzelecki Sustainable Futures is enthused by the project:

"The community benefits of this 25-year project (Delburn Wind Farm) present an enormous opportunity for investment in our region's economic sustainability and growth."

"The project has had some early support but also some early detractors. Many of the issues which people are concerned about are explained by the wind company or by scientific, peer-reviewed sources."

I was impressed with this project. Its location, sizeable investment and range of jobs for the community, the depth of community engagement by the developer and the community benefits scheme all contribute to making a great project.

A highlight of the trip was a visit organised by OSMI to an operational wind farm. This trip brought community members from Yinnar, Mirboo North and further afield to see a wind farm in action. It was a good opportunity for community members and neighbours to the proposed Delburn wind farm to ask questions.

Peter Marriott from OSMI answered many questions regarding fire, noise and engineering. The farm where the turbines are based is owned by Peter’s father - Lindsay Marriott - who was also on hand. Lindsay highlighted the trouble-free experience he has had with turbines 1km away from his home.

The Australian Wind Alliance will continue to monitor the project, engage with the community and provide information about wind energy.

Construction of the project is slated to begin in 2022.

Tony is the Victorian Organiser for the Australian Wind Alliance