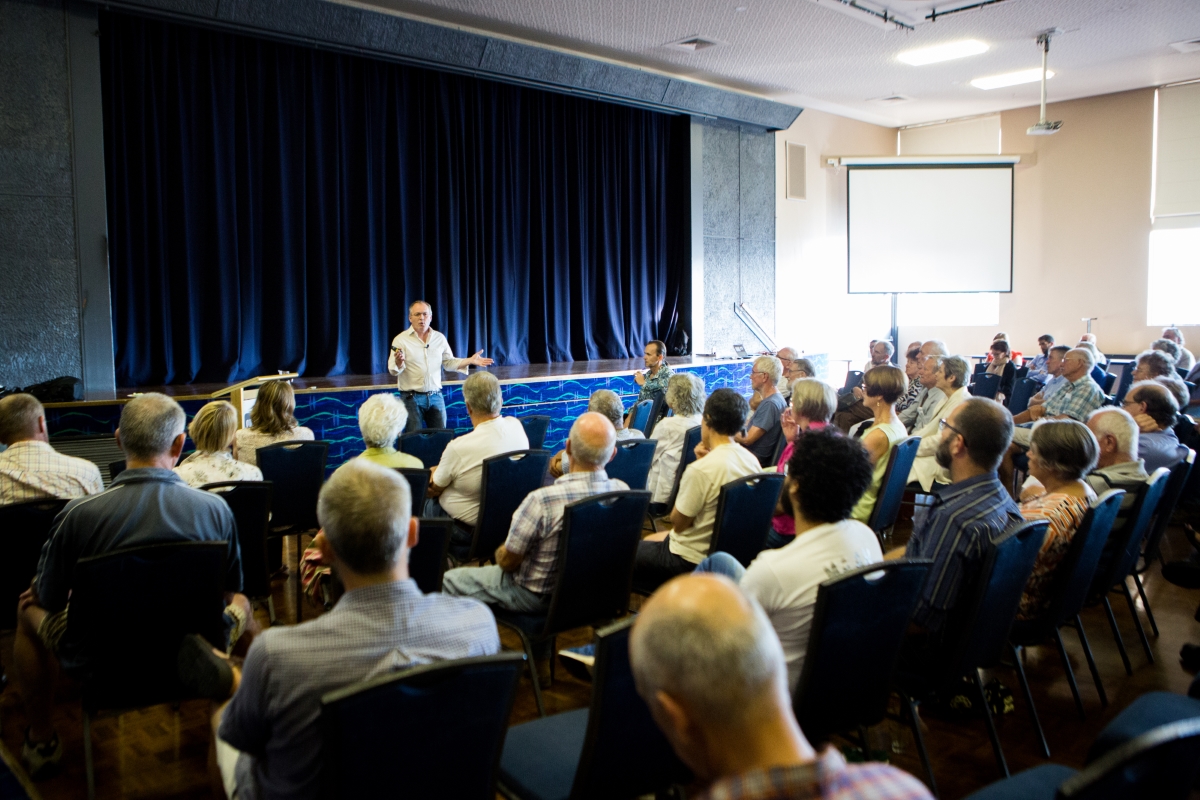 A Danish island has converted to 100% renewable energy thanks to the tenacity and good humour of a local farmer.

As a lump of coal passed from the Treasurer into the hands of the Deputy Prime Minister in the federal Parliament, so too did Australian energy politics pass from mere paralysis into sheer absurdity.

If Australia is to climb out of its current abyss, one thing we desperately need is to be rescued from our own insularity.

Every developed country on the globe is struggling with the challenge of how to achieve a carbon-free electricity system before we cook the planet. What are the stories of success? Are there communities willing to embrace changes that offer both opportunity and challenge in equal measure?

Above all, where can we find examples of mature processes where decision makers are straight with the public about the challenges of energy transition but support them to find solutions?

Søren Hermansen is a farmer and community energy expert from the small Danish island of Samsø, population 4,000. With self-deprecating and laconic humour he tells the inspiring story of how Samsø kicked fossil-fuel dependency and became a 100% renewable energy island in just 10 years. With achievements like this, Hermansen is bewildered by the quagmire of Australian energy policy.

“There are a lot of things going on [in parliament] but not really any efficient decision making,” Hermansen said. “Everyone’s blaming the other guys for not being in serious charge of what is happening. Many of the policies here are very short term. This is not good for the integration of such a big, important framework of our society, which is energy.”

Up there, down here

Hermansen has been on a month-long tour of Australia. From the corridors of federal parliament, to the 2017 Community Energy Conference in Melbourne and country towns throughout NSW, Victoria and South Australia, Hermansen has been telling his island’s story of people coming together and using energy transformation as a process to reinvigorate their community.

The agricultural town of Inverell, high in the New England tablelands, NSW, was one place his message struck a chord. In a crowded meeting at the local RSM Club, Hermansen captivated the local audience. Despite being on the other side of the world, Samsø’s struggles with fundamental economic and social changes didn’t feel so far away from what a modest-sized town in northern NSW was facing. The locals were all ears.

The impetus for Samsø’s transition was Danish environment policy. The 1973 oil supply shocks hit Denmark hard and the risk of dependence on foreign energy was made clear. With cross-party cooperation the Danes increased their energy efficiency and adopted a more diversified energy supply. This drove massive innovation and the birth of a now globally-dominant wind power sector.

In 1997 at the international climate meeting, COP3, the Danish government committed to dramatically cut its greenhouse gas emissions. It was looking for a “test bed” where it could try out new ideas and prove the kind of energy transformation they required was indeed possible. They had the good sense to put their faith in local ingenuity and not top-down government directives.

The Ministry of Environment ran a competition, looking for a small community that could switch to 100% renewable energy in just 10 years. Samsø’s entry was submitted by a small band of enterprising locals, promising a mix of wind and solar power and bioenergy for heating. Winning the competition was just the start. Convincing a sceptical and conservative rural community was going to be the real challenge.

Samsø was struggling with the decline of its staple industries. One of the island’s biggest employers, the abattoir, had recently closed leading to job losses and an exodus of young people to the mainland. Fear from uncertainty was setting in. And many of those who still had jobs, such as mechanics looking after the oil-based heating system, were keen to see things stay just as they were.

How to convince people to change? That task fell to Hermansen.

At the first town hall meeting, he laid out the 100% renewable vision. A chorus of silently folded arms was the reply. More persuasion was clearly going to be required. Hermansen asked people, “What might be in it for you?” To the mechanic he asked, “If we changed the entire island’s heating system to a biomass system, there’d be a lot of work involved in that, wouldn’t it? Who do you think might do that work?”

“And who is going to own this new equipment? Perhaps if we owned these turbines and these systems ourselves we could actually make some money out of them?”

After getting enough people on side, completing these first installations successfully and within budget was critical to nudging forward the slow and gradual process of winning community acceptance.

Next, the island built an array of 10 off-shore wind turbines, again owned by a mix of community members. When they were built it was the largest off-shore wind farm in the world.

When asked by the audience if there was any local opposition to the project, Hermansen replied, “A wind turbine is different when you own it. Our turbines look very beautiful. They don’t kill any birds and they don’t even make any noise!”

There were sceptics at the start but community buy-in was essential with the wind turbines owned by a mix of private owners, investors, the local council and cooperatives.

“We live in a small community, so it’s very important that we share the ownership,” Hermansen said. For the onshore wind turbines, the idea was that if you could see the turbine from your window, you could sign on as a co-investor. This sharing of benefits ameliorated discontent as everyone stood to gain from the project. 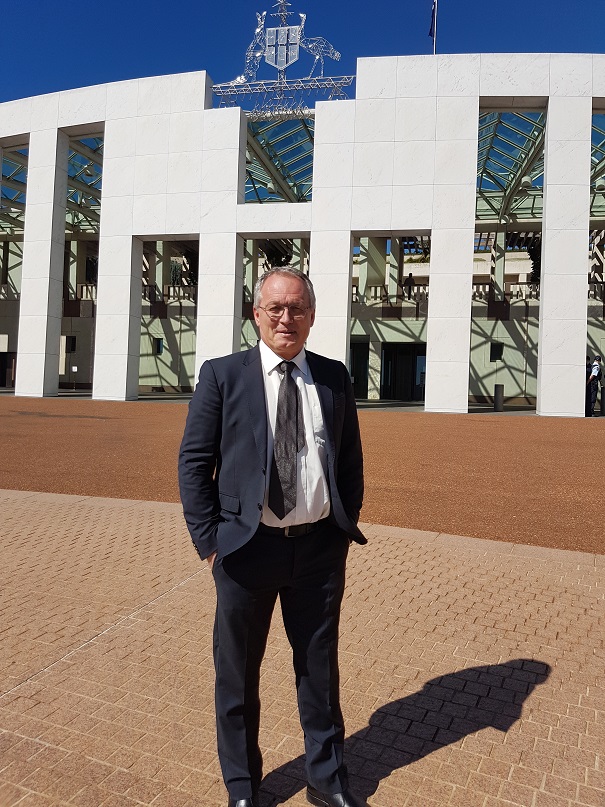 Hermansen is passionate about the new economic benefits that flowed through the community as a result of the island’s energy transformation, from the tradesmen who experienced a sudden boom in installing insulation to the plumbers who moved into installing heat pumps with new trade skills needed and employment opportunities created.

Community ownership of renewable energy is a concept with real relevance to communities in NSW townships Inverell and Glen Innes with the 270MW Sapphire Wind Farm being constructed nearby. The developers, CWP Renewables, are exploring local interest for models of community ownership. Time will reveal the success of this idea, but judging by the enthralled local audiences, Hermansen’s story of energy independence and economic rejuvenation hit a mark.

Hermansen’s calls for a renewable energy transformation and the local enthusiasm seen in the National Party heartland of Inverell stand in stark contrast to the politics of blame and the harking back to an energy era dominated by coal that reverberates from government ministers in Canberra. But Hermansen insists that Samsø Island is not a special case – maybe just ahead of the curve when it comes to how we think about energy.

Andrew Bray is the national coordinator of the Australian Wind Alliance.