Doubling down on coal

After a week of energy policy talk dominated by the Turnbull government’s outspoken support for new coal power generation for Australia, the independent energy research firm Bloomberg New Energy Finance has joined the growing chorus of voices saying, “umm, I don’t think so."

This article reprinted from Reneweconomy outlines why coal is fast becoming yesterday's hero.

BNEF on Friday released a damning report on the cost of new ultra-supercritical coal-fired power stations in Australia – which the Coalition likes to call “clean coal” – which basically confirms the theory that this would be “the most expensive form of new energy supply” the federal government could possibly choose to invest in, even discounting future carbon liabilities.

The research puts the Levelised Cost of Energy (LCOE) of a new ultra-supercritical coal-fired power station in Australia at $A134-203/MWh; significantly higher than the LCOE of new-build wind at $A61-118/MWh), solar $A78-140/MWh or combined-cycle gas at $A74-90/MWh.

As for the cost of coal with carbon capture and storage technology added – which many, including Australia’s chief scientist, have said will be the only way new coal could be built, if we are to abide by our national and internaitonal emissions reduction commitments – BNEF says this is difficult to assess, but comes up with an LCOE in the ballpark of $A352/MWh – or around three times the cost of wind or solar.

Not only does this research put clean coal firmly in the ‘economically ridiculous’ basket, but it puts lie to the Coalition’s argument that building new coal in Australia will help deliver that “affordable electricity supply.”

According to BNEF, building new coal in Australia would result in “substantially higher” electricity prices than we would see from a combination of wind, solar and gas – provided gas markets operate efficiently. 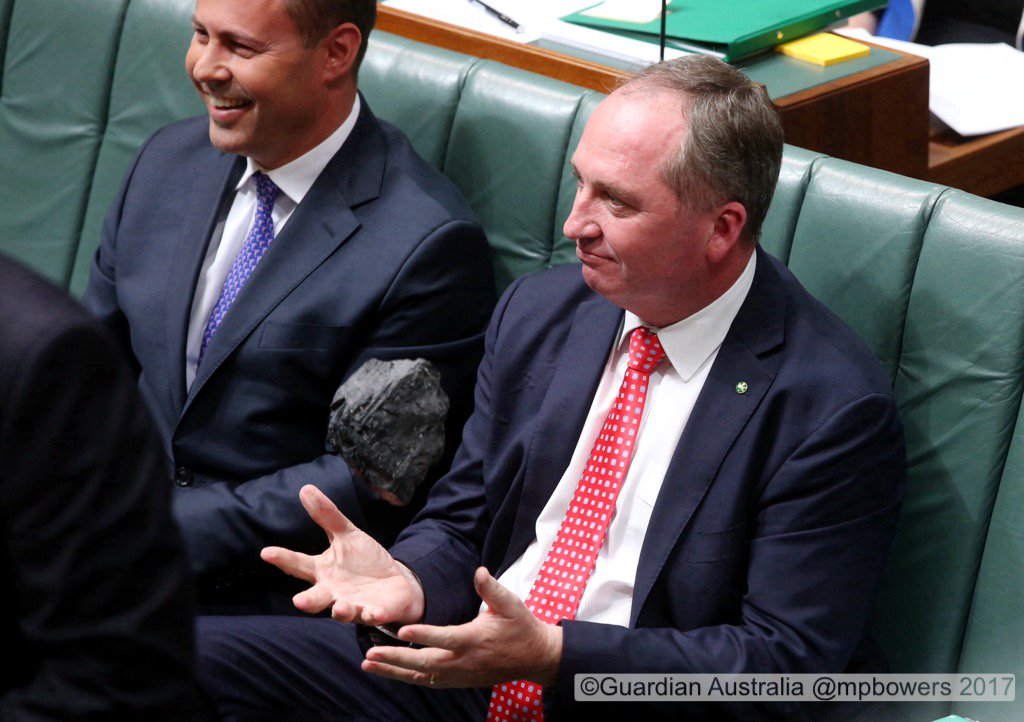 COAL HAS PLENTY OF SUPPORT IN FEDERAL PARLIAMENT

“New coal is made particularly expensive due to the substantial carbon, reputation, trading and construction risks the technology presents to an investor,” explains Leonard Quong, a senior associate with BNEF in Sydney and the report’s lead author.

“But even if the government were to completely de-risk coal by paying for the whole plant and guaranteeing an exemption from any future liabilities, the lowest LCOE that could be achieved is $A94/MWh, which is still well above wind, solar or gas.”

On the subject of emissions, BNEF’s research also found that new-coal is far from ‘clean’, with new ultra-supercritical plants found to have an emissions intensity of 0.76tCO2-e/MWh – around double that of combined cycle gas (0.37-0.46tCO2-e/MWh).

“It is inaccurate and misleading to describe ultra-supercritical coal technology as “clean” without the presence of CCS,” said Quong – and as noted above, adding CCS to the cost of the technology takes it from unrealistic, to out of this world.

Of course, BNEF is not alone in coming to these conclusions. The director of the Centre for Climate Economics and Policy at the Australian National University, Frank Jotzo, put them in his own words in this Conversation article today; while earlier this week the Melbourne Energy Institute’s Dylan McConnell also crunched the numbers, and found that the Coalition’s clean coal plan would cost $62 billion – and that for a reduction of just 27 per cent of coal power emissions.

Based on the latest estimates from the CSIRO, McConnell said that achieving the 27 per cent reduction would require 20GW of new coal capacity, at a cost of $3,100 per kW to build.

“No wonder no one wants to talk about the costs,” McConnell told The Guardian.

He said the total cost of the exercise, $62 billion, could instead build between 35GW and 39GW of wind and solar energy, amounting to an emissions reduction of between 50 – 60 per cent in the electricity sector as a whole.

In another scenario, where the 27 per cent emissions reduction was achieved with renewables, rather than with new coal, about 13-19GW of renewable energy would be needed, which would cost between $24 billion and $34 billion.

Finkel, who is conducting a national energy security review for Turnbull, was “less effusive” about the high-efficiency, low-emissions coal generation in comments made at a meeting in Brisbane on Thursday night, according a report in the AFR, and keen to lay down some home truths about the technology.

“What we need, if we are going to look at coal, is effectively, truly clean coal,” Dr Finkel said. “So these modern technologies, coupled with CCS [carbon capture and storage], can be very effective not only in the interim, but in the long term,” but will have to compete with other lower-emissions technology, such as wind, solar and hydro, to be part of Australia’s future energy mix.

Further, Finkel would not back taxpayer moneys being used to fund development of the technology – a path senior Coalition ministers yesterday suggested the party would be more than happy to take.

“Coal can only compete if they show they are truly low emissions,” he said.

Finally, Finkel also debunked Turnbull’s argument that Australia should do “clean coal” because Japan is: “Japan is in a different situation because they are taking nuclear out of the mix. They are in a situation where they are facing demand growth,” he said.

“If you have demand growth that needs to be filled … Japan are doing what really India and China are doing. They are investing in ultra super-critical coal. Australia is not seeing demand growth.”

Of the subject of debunking myths, BNEF also addressed Turnbull’s argument – one rolled out regularly by the Coalition, and repeated in the PM Press Club speech on Wednesday – that we need new coal generation because Australia’s grid “will need more synchronous baseload power” as old coal generation is gradually retired.

Umm, no, says BNEF, there is no need for new baseload coal generators, because while they are “an important legacy part of today’s power system, the role of “inflexible, fossil-fuelled generation” will decrease in future, says the report, and instead will increasingly become a costly liability for power generators.

“In the grid of the not-too-distant future coal’s baseload operation becomes a curse, not a blessing,” says Quong. “The fundamental control paradigm of grids is changing from baseload-and-peak to forecast-and-balance. The balancing component will require more flexible or firming capacity, not baseload. Gas-fired generation is much better suited to providing flexibility to the system than coal, and can provide this at a much lower cost.

“Whilst we estimate that 19.1GW of coal capacity could reach the end of its technical life by 2040, a combination of gas and renewables is the lowest-cost option to replace this generation and maintain secure energy supply in Australia”, he said.