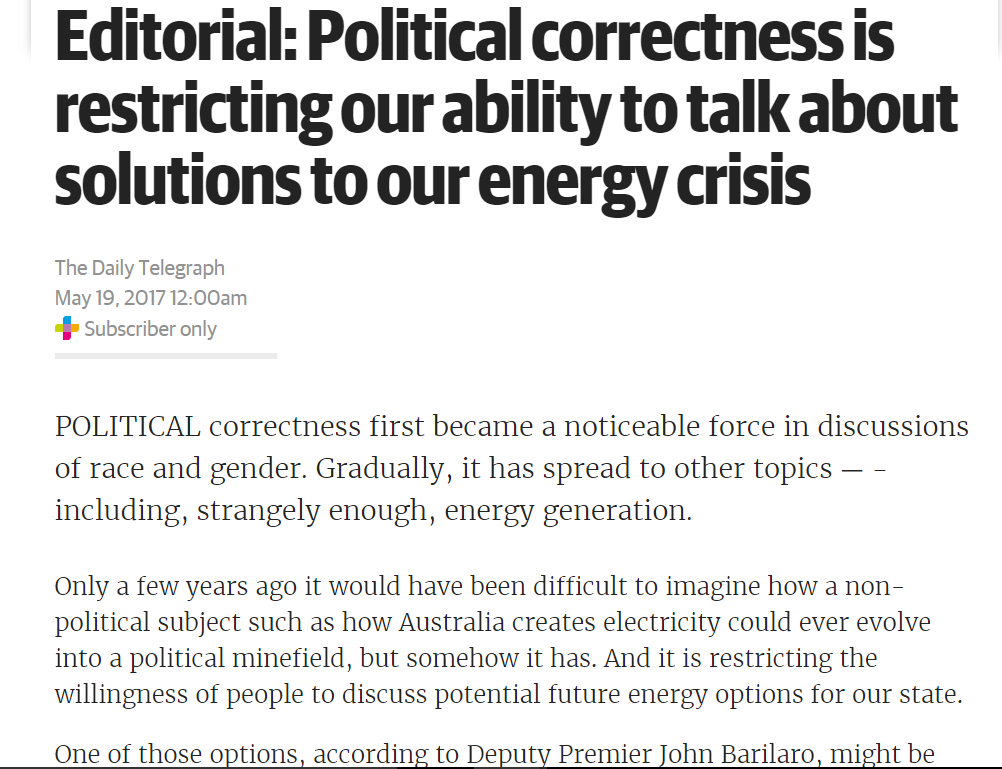 There are plenty of reasons why nuclear power is a pretty poor choice to power our country but apparently it's politically correct to point them out.

Here's our letter in response to their Editorial, reproduced here as the chances of the Tele printing it are pretty slim...

Why build nuclear when wind power is ready to build now and so much cheaper than nuclear?

The Silverton Wind Farm just started construction near Broken Hill. It will supply power for a low 6.5 cents per kilowatt hour. Even when you factor in the cost of balancing variable wind power to demand with pumped hydro or battery storage it’s still cheap. Australian National University estimates that the cost of pumped hydro would be an extra 2.5 c/KWh. So all up that’s 9 c/KWh.

This is significantly lower than what the 11.2 c/KWh that NSW households and businesses are paying now.

Estimates by modelling company Reputex for nuclear power start at 11 c/KWh and could be as high as 15 c/KWh.

There’s nothing politically correct about wanting to have the cheapest, cleanest power available.