There are so many reasons that the Australian Renewable Energy Agency, or ARENA, should have a bigger and stronger role in building Australia's clean energy future. But instead, the government wants to cut $1.3 billion from this successful organisation, dropping early stage clean energy developers off a cliff and cutting Australia off from the clean investment boom that's going on around the world.

You can have a look at the kind of things ARENA have been doing here. 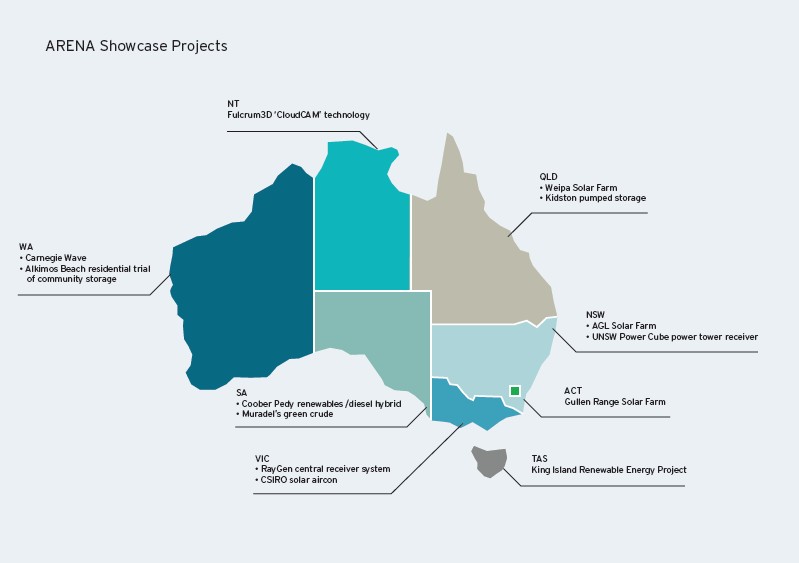 We've just made a submission to the Senate Inquiry looking at this plan, which is below.

In the meantime, contact Labor leader, Bill Shorten and Shadow Treasurer Chris Bowen and ask them to save ARENA!

The Australian Wind Alliance is a community advocacy group for wind energy. We have around 650 members across the country who are a mix of farmers, wind workers, local businesses and community members. We advocate for greater uptake of wind energy to deliver economic benefits to regional Australia and clean up Australia’s energy supply. We represent a community voice of support for wind which is distinct from that of industry.

We call on the Senate Economics Committee to reject the funding cuts to ARENA as outlined in the Budget Savings (Omnibus) Bill.

It should be noted that $435 million has already been cut from ARENA’s original budget since its inception in 2012.

ARENA fills a critical role in supporting a broad range of clean energy research and development activities across Australia. It is unique in its focus on investigating key barriers to clean energy innovation and deployment. ARENA’s knowledge sharing ethos sees all its research released into the public domain, further accelerating local industry innovation.

ARENA has already funded 60 completed projects and is managing a further 200. The technologies supported include solar PV, solar thermal, battery technology and wave power, leading to significant cost reductions which will ultimately be passed on to consumers. Some of Australia’s leading scientists, who are world-leaders in their fields, have delivered strong public messages of support for ARENA.

Government investment in the clean energy space by ARENA has been successful in leveraging significant private-sector R&D funding. For every dollar of ARENA’s own funding, the private sector has invested a further $1.30.

ARENA is unique in its support of clean energy projects through the R&D and demonstration phases. The capital grant funding that ARENA provides is imperative at this stage of the product development cycle. Equity investments from bodies such as the Clean Energy Finance Corporation are only appropriate later in the cycle and indeed in many cases depend on early-phase investments from ARENA.

While wind energy is a mature technology, its optimal integration into the electricity grid is still evolving. ARENA has assisted in this area by funding trial projects that combine solar generation with wind farms. This configuration utilises synergies of complementary generation profiles and makes maximum usage of substation and transmission facilities.

The two benefits of ARENA undertaking this work are that it can identify the country’s most promising projects through its tender process and then release project learnings into the public domain to speed uptake of similar projects. Neither advantage would be delivered by the public sector.

Importantly, social aspects of Australia’s transition to a cleaner energy system have also been studied and supported by ARENA, including support for a nation-wide community energy network.

In summary, Australia has no comparable organisation to ARENA. It now has a track record of delivering substantial technological innovation and supporting jobs and growth in the Australian economy in an area of industry that is currently enjoying a global investment boom. Dismantling ARENA through the budget cuts outlined in the Omnibus bill would be a classic case of false economy and should be rejected by this committee.