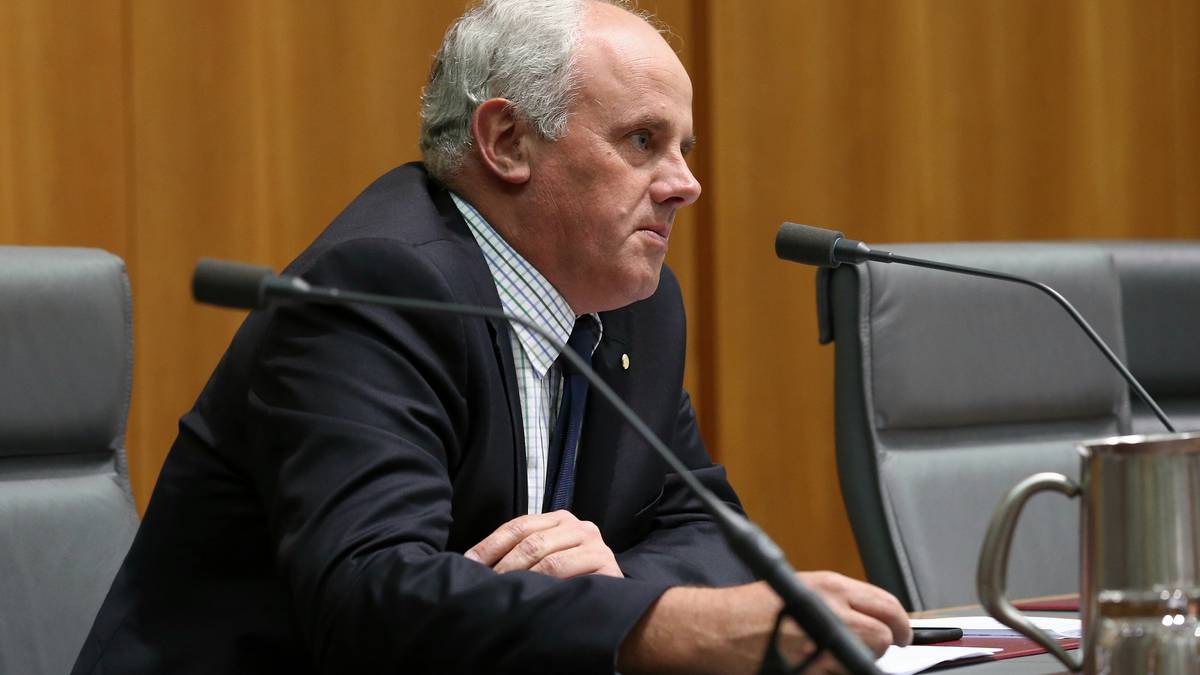 Australian Wind Alliance national coordinator Andrew Bray fronted the Senate Select Committee on Wind Turbines public hearing in Canberra this week and challenged the committee to be constructive, not destructive.

He was joined on the day by Crookwell farmer, Charlie Prell and Goulburn engineer, John De Groote to speak up for local farmers and businesses.

The Australian Wind Alliance is a not-for-profit, community-based advocacy group to promote wind power. We have over 450 financial members and over 10,000 online supporters. Our members are predominantly farmers, wind workers, community members and local businesses

We have covered many of the terms of reference in our submission and raised a number of new issues as well. Today I would like to speak about this inquiry.

In Australia, we have an urgent need to reduce greenhouse gas emissions from our polluting and ageing coal-fired power sector. We have to embrace new sources of energy, and the Renewable Energy Target wisely dictates that we choose the cheapest ones, which right now means wind power.

The elephant in the room is that many of the committee members are openly critical, and in some cases, hostile to wind power.

This is clearly reflected in the terms of reference, which dwell on favorite topics of wind farm opponents such as power prices, subsidies and so on.

On the other hand, the Terms of Reference show no interest in the positive contributions of wind power:

This Inquiry is deliberately focusing on the negative side of the ledger, and largely ignoring the positive side

Australians looking on at this Inquiry could rightly ask, why is this committee not concerned about helping Australia to transition to cleaner energy sources?

Rural Australians could rightly ask, why is this committee not concerned about the things that are central to us:

The Municipal Association of Victoria recently described the $5 billion worth of wind farms waiting to be built in Victoria as ‘the single biggest investment in rural Victoria’. Why isn’t the Inquiry interested in this?

And Australians concerned about the efficient running of government and about unnecessary red tape could rightly ask why, after 11 governmental or statutory inquiries into aspects of wind energy in the last five years, could we possibly need another one?

Those 11 studies and inquiries have extensively covered the issues this Inquiry is now seeking to re-examine.

For example, the 2014 Warburton review found that cutting the level of the Renewable Energy Target, as both parties agreed to do yesterday, would result in higher power prices for consumers from 2020. Higher power prices. Corroborating the findings of the Climate Change Authority RET Review in 2012.

Does this committee really expect to discover anything new about wind power’s effect on household power prices?

In short, the Inquiry’s terms have been answered time and time again, often by the same protagonists with the same arguments.

I don’t want to suggest that wind farms should be beyond scrutiny. Obviously they do deserve to be thoroughly and properly scrutinised. But by the same token, shouldn’t we also be looking to inquiries such as this one to be constructive?

If committee members are concerned about the impact of wind farms, is there a way to  fix them that isn’t about just saying no?

From our observations, a lot of opposition to wind farms stems from perceived inequity around the way wind farm benefits are distributed. Is the Inquiry considering ways that this can be improved?

Community engagement by wind farm developers hasn’t always been as good as it should be. Is this Inquiry considering ways to improve this.

There’s a particularly noxious anti-wind power website out there called Stop These Things. Now that’s fine for a campaign seeking to maintain the rage, but it’s not good enough for a Senate Select Committee.

Australians expect their elected officials to leave their ideological weapons at the door and do all they can to contribute to a better future for our country.

This is a spoken introduction to the full submission of the Australian Wind Alliance to the Senate Select Committee on Wind Turbines.

The full transcript, including the Q&A is here.