As Australians vote this weekend we are very much at an energy and climate crossroads. The scheme that has driven record levels of investment in wind and solar, the 2020 Renewable Energy Target, has effectively run its course but in 2019, after six years of policy destruction and inaction, we have no coherent federal policy to take its place. This election will be a Climate Election, where voters have the opportunity to break the impasse that has hamstrung action on climate and renewables for the last six years. 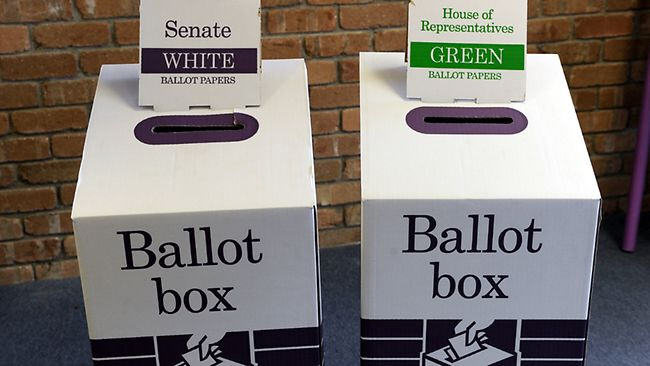 There are significant policy challenges that can only be met at a federal level. We need to modernise our national grid, build new transmission to areas with high renewable resources and make sure large amounts of new wind and solar generation are added alongside dispatchable resources like pumped hydro and batteries. We also need to reform the national markets that deliver our power at the lowest prices.

Changes of such magnitude can only be managed by a decisive federal government that understands we are in the midst of climate emergency requiring rapid and decisive action. Numerous polls are showing that the voting public is now convinced that climate change is a pressing concern that Australia needs to play our part in the global effort to restrict temperature rises to 1.5 - 2 degrees C.

The benefits of making this transition are already evident. In all the states across the country, thousands of Australians are hard at work building our renewable energy future. On wind farms at Murra Warra, Cattle Hill, Yandin, Lincoln Gap, Coopers Gap and Crudine Ridge electricians, project leaders, grid engineers and civil contractors are all using their skills to deliver the clean energy our country needs to transition away from coal. At the same time, these projects are delivering much-needed jobs and economic benefits to their host communities.

Looking to the energy policies of the two parties of government there is a clear difference on offer. The Coalition’s emissions reduction target of 26 - 28% by 2030 is hopelessly inadequate and on energy, they offer only a grab bag of unrelated measures - underwriting new generation, including coal, building Snowy 2.0 and the so-called ‘big stick’ legislation. There are no plans to build renewable energy beyond the now-complete Renewable Energy Target. The war between the climate-denying right wing and the rest of the Coalition has left the government unable to agree on how to move forward. It remains to be seen whether the election result will lead to any change on this front.

Labor has made climate action a feature of their campaign for election. Their emissions reduction target of 45% is more in line with the science but still at the lower end of the 45 - 65% the Climate Change Authority recommended. Critically, Labor offers a comprehensive suite of energy policies to drive the growth of renewable energy, bring our grid into the 21st century, work with coal communities to manage the transition that will inevitably occur. A $100 million Neighbourhood Renewables Fund looks a promising step towards greater uptake of community investment in large-scale renewables

The Greens are notable for the strength of their policy offering, outlined in Renew Australia 2030. It is the most ambitious climate platform of the major parties and envisages Australia 100% powered by renewable energy and earning major export revenue from our world-class renewable resources, rather than existing fossil fuels. It is a well thought through plan that is definitely worth a read.

Wind energy is ready to play a key part in Australia’s energy future, so it’s important that your vote at this Climate Election supports it.