Australia's electricity system is like the Airbnb apartment that every problem, challenge and political bitch-fight you can think of comes to party. We, the Australian public, are like the neighbours, enduring this thumping, all-night trash-fest for the best part of a decade.

The guest list is epic - power costs too much, we burn too much coal, large energy companies have too much power, spiralling gas prices are increasing bills, plummeting wind and solar costs are reducing bills, but they're also cutting the incumbent's lunch, and they're also requiring transformation of the grid, solar's popularity is bad for incumbents, but it's also good for householders. I could go on...

Underlying the squabble are two foundational issues - we are destroying our climate with carbon pollution and energy markets are being disrupted across the globe by new technology. Until our political system gets its collective head around these two issues and starts to deal with it, prices will stay high, power generation will continue to pollute too highly and this party of self-destruction won't be goin' nowhere.

The central element needed to solve both issues is cheap wind and solar power, firmed with storage. That much is not news. That is, if you've been paying attention.

Two major new reports have just been released, each with their own take on what Australia needs to do to take our electricity system into the 21st century.

The Australian Competition and Consumer Commission (ACCC) report was as scathing as it could be about government mistakes of the last decade, saying that power cost far more than it should, labelling the current situation as "unacceptable and unsustainable" and making number of recommendations to reduce prices.

The electricity market operator, AEMO, analysed the changes happening in the grid as it moves away from coal-burning plants to much higher levels of renewable energy. It laid out a series of steps to make sure the network was up to the job of transporting power from new renewable energy zones to where it is needed most.

Despite remaining agnostic on the issue of how much the electricity sector needed to cut its emissions, the AEMO report was still crystal clear that the future lies in renewable energy, firmed with storage and demand management.

But the responses from members of the Federal Government, especially within the Nationals, that somehow both reports are vindicated their pro-coal positions, or even supporting the idea of Government owned coal fired power stations, suggest they haven’t picked up a newspaper in the last 12 months.

In that time, the renewable energy industry has demonstrated its ability to build the clean energy plants Australia needs to replace polluting and ageing coal-burning plants. A robust mix of wind, solar and storage is being driven by the very market mechanisms that conservatives praise. As the lowest cost new build energy, wind solar and storage are the clear answer to rising power bills. A diversified energy system will also encourage much needed competition and will give consumers more control over their bills.

The National Energy Guarantee promises no solution as its 26% emissions reduction target is likely to be largely met by 2021, leaving existing coal-burning plants in place for the rest of the decade. For all the political and media fanfare, it's now clear that the NEG is primarily designed to do nothing and the resulting lack of investment will result in higher bills. Modelling by Reputex shows that a higher 45% emissions reduction target would see 25% lower wholesale prices that under the 26% target.

In the meantime, the renewable energy industry continues to kick goals. Investment, jobs and community benefits are flowing into regional areas. Wind and solar prices continue to make it easier for communities to make the shift. Local communities around Australia are making the transition themselves; backing renewable energy projects, staring down coal approvals and making local commitments and targets.

Advice from established bodies is useful but it requires politicians to be equal to the task of navigating the energy shift. They must face the challenges head on and embrace change for the better. 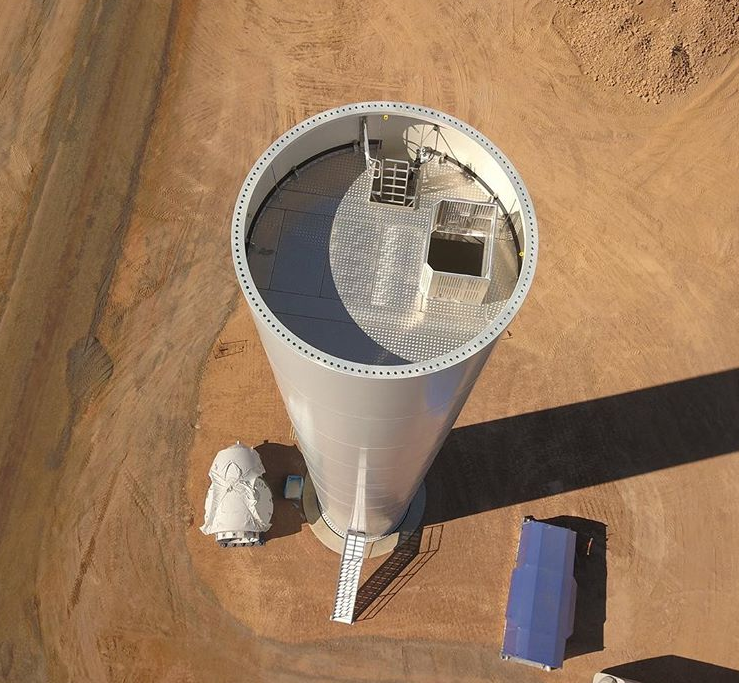 Turbines go up at Kennedy Energy Park in Queensland @Windlab