Windy July blows away the records

Winter is usually a good time for wind and this winter is no exception. Together with new wind farms added to the grid since last winter, strong winds throughout the season are driving higher and higher levels of wind power in the overall generation mix.

Our sense is we're seeing some kind of records broken here, but this will require further number crunching to confirm.

With thanks to the wonderful opennem.org.au, here are a couple of snapshots of how Australia's grid is changing for the better - and the cleaner.

Early on Monday morning 23rd July and Tuesday morning 24th July, wind power was providing enough power for the entire South Australian grid. Because of the need to retain system strength within the state's borders, some gas-burning generators were also operating, but an amount equivalent to their total output was being exported to other states.

Increasing periods of high wind penetration like this, coupled with new solar farms and the ongoing uptake of behind-the-meter solar PV, is likely to see South Australia reach an extraordinary 75% renewables by 2025.

Importantly, SA is already sourcing over half of its power from variable wind and solar and guess what, the lights are still on! Bravo SA! 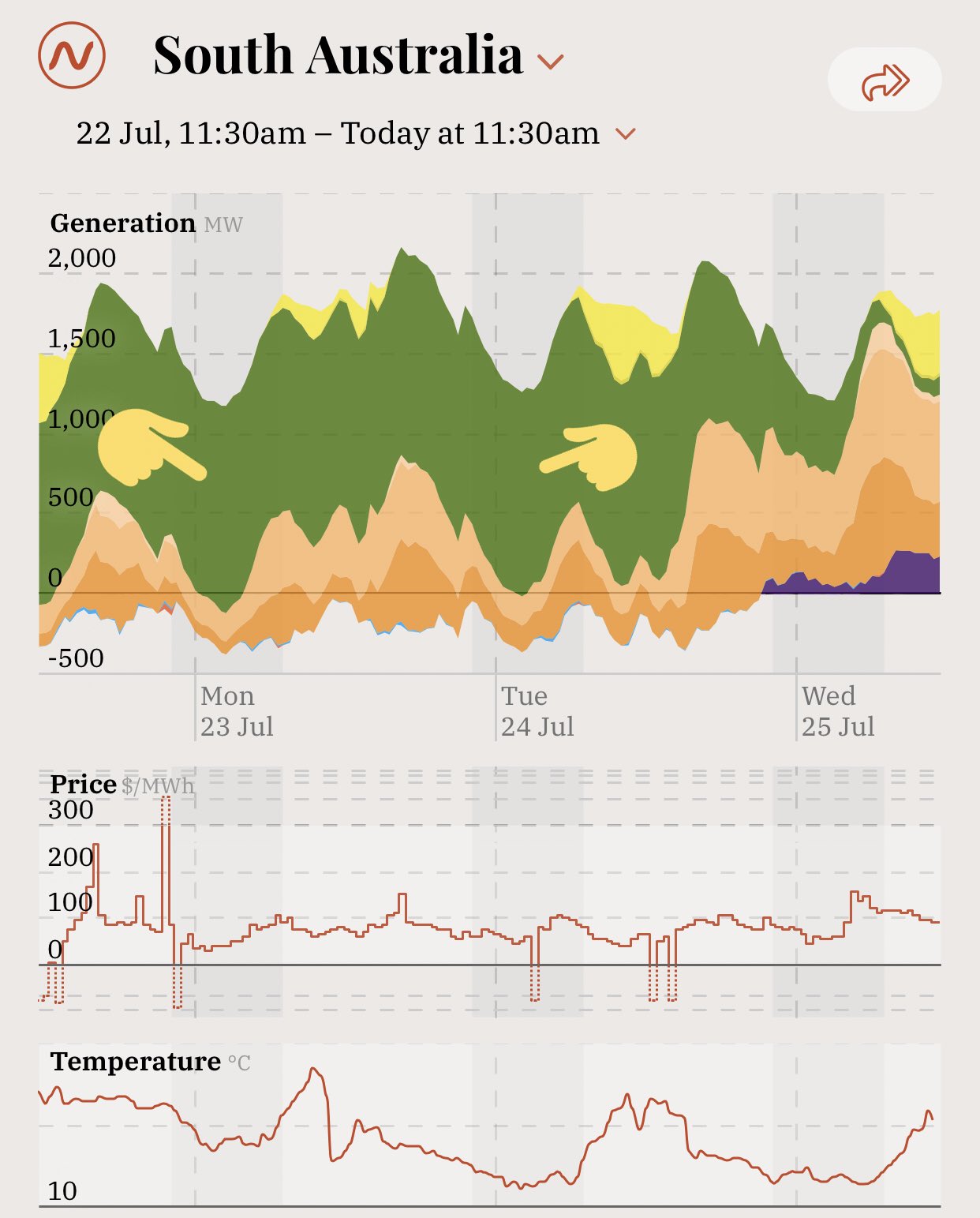 Victoria has set itself a target of sourcing 25% of its power from renewable energy by 2020 but last week it showed how close it already is to that target, hitting 25% renewables across the week from 19th - 25th July.

Wind delivered twice as much power as hydro in that time, with solar PV and Victoria's one solar farm chiming in. Imports of wind power from South Australia and hydro from Tasmania made up the remainder.

(Note the totals below are rounded to whole numbers) 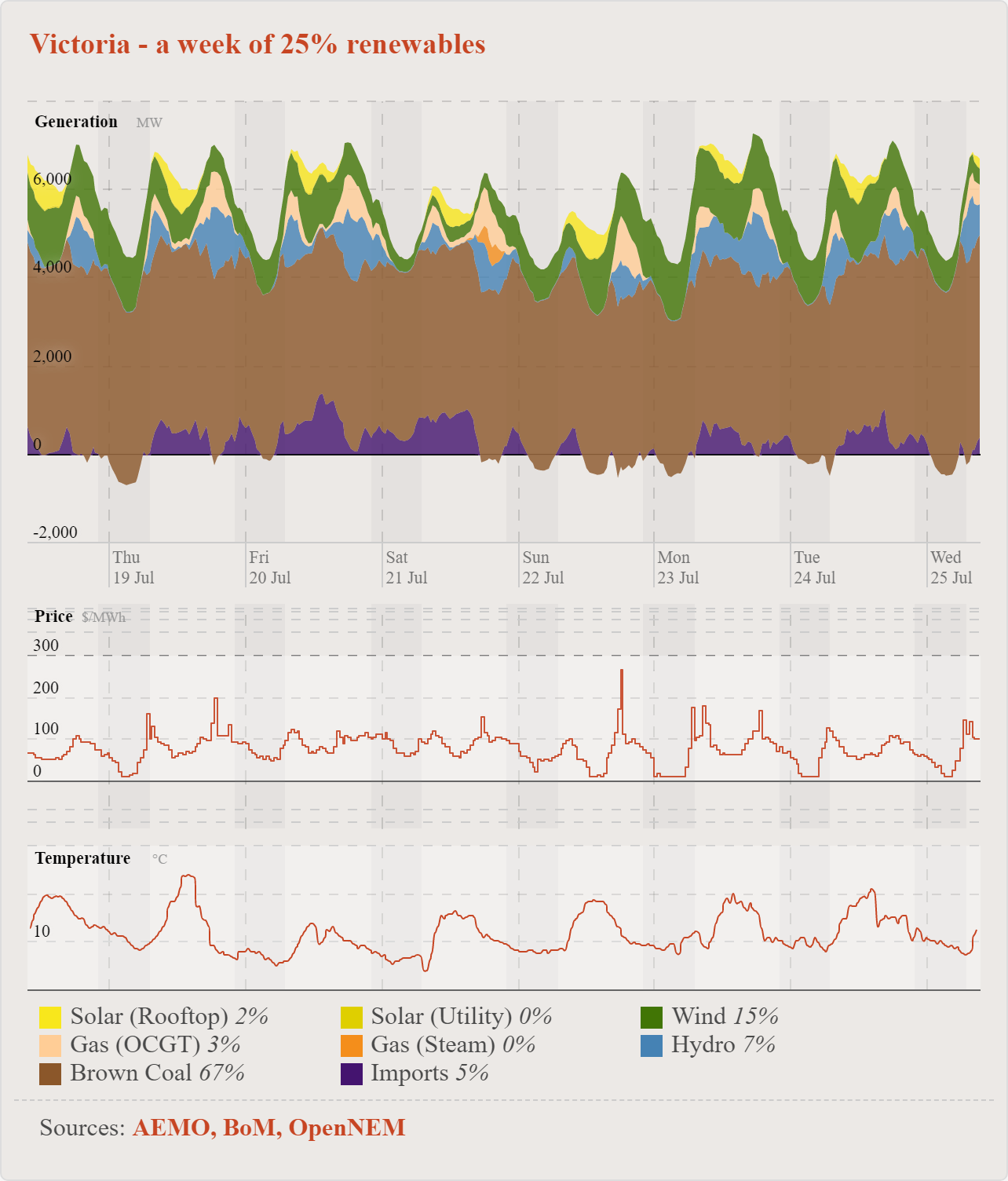