The Victorian Wind Alliance has called on the Waubra Foundation to immediately change its name to avoid further denigration of an entire community by associating them with a disease that does not exist.

The “Waubra Foundation” is an organisation based in Melbourne that seeks to prevent Australians from accessing the benefits of wind farms by claiming, against scientific evidence, that they make people sick. The organisation's original name was "Waubra Disease Foundation".

Andrew Bray, a spokesman for VicWind, said that the community of Waubra was sick of its name being associated with a disease that does not exist.

“Today, in the Weekly Times there’s a letter from one of the Waubra locals and it is heart breaking to read the suffering the Waubra Foundation has caused,” Mr Bray said.

“The letter from Marsha Gallagher demands a ‘heartfelt and public apology’ for school children who were worried that they would contract the ‘Waubra disease’.

“The letter reveals the stigmatisation and denigration the community have felt from people who do not reside there.

“It's simply unacceptable to have an organisation maligning people simply for where they live.

“If the Waubra Foundation had any decency, it would stop claiming that simply living in this community makes people sick, and they would change their name.

“The damage is being felt in Waubra, where people are clearly unhappy at how long the foundation has been able to misuse their name for their own ideological crusade.

“They simply want this organisation to stop claiming that wind turbines make people sick, when the experience of these people who live and work around the turbines is that they don't, and they want the organisation to stop people misusing their town’s name without their consent or agreement.

“Waubra is a proud farming town populated with reasonable people who simply want to earn a living and raise a family.

“No one deserves to have the name of their town, suburb or community dragged into the mud to further someone’s political and interests,” Mr Bray said.

VicWind brings together communities, businesses and individuals in Victoria who support more wind energy for our state

MEDIA: For more information or to arrange an interview with Andrew Bray please call Jackie Hanafie on 0410 631 404. 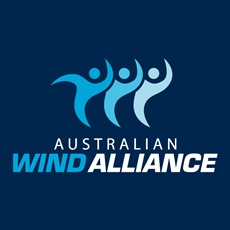