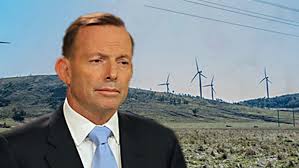 Today, a government committed to cutting red tape agreed to add extra red tape to the operations of a internationally thriving industry. Ideas such as a new Windfarm Commissioner and an "independent scientific committee", presumably to duplicate the existing independent scientific committee that is the National Health and Medical Research Council, were both part of what the Abbott Government wants to introduce in a nasty deal struck with cross-bench Senators to see the latest Renewable Energy Target legislation passed.

We released a media statement on this issue today following extensive interest in the topic from our supporters:

The Australian Wind Alliance has slammed an unprecedented move by the Abbott Government to further its attack on the wind energy industry as a new report shows record new wind capacity is being added globally.

The Abbott Government will appoint a windfarm commissioner to handle complaints about windfarm noise and establish a new scientific committee to investigate the alleged health impacts, despite a comprehensive National Health and Medical Research Council report which found there was no reliable evidence that windfarms posed risks to human health.

“This is a blatant attempt by the Abbott Government to use taxpayer cash to appoint a propaganda agent for the anti-wind brigade,” he said.

“Given that coal is our dominant energy industry, it’s located close to communities and health organisations all over the world have documented its dramatic health implications, why not appoint a coal commissioner?

“This government’s complete and utter lack of respect for science that does not support their ideological viewpoint is astonishing.

“The country’s peak research body as well as the Australian Medical Association has found there is no evidence that windfarms pose health risks. And yet because that evidence doesn’t suit the government’s political purposes, they plan to waste taxpayer money on yet another scientific enquiry, while blatantly ignoring the health impacts of coal.

“You can’t bend science to fit your will.”

"Regional Australia is crying out for jobs from this industry of the future and all Tony Abbott can do is put roadblocks in front of their aspirations.

"These demands for yet another layer of bureaucracy are diametrically opposed to Liberal party principles of small government and less red tape.

"The cut to the Renewable Energy Target going through parliament now will result in $4.9 billion less investment going into an industry of the future.

The deal was made with many of the crossbench Senators that sit on the Senate Committee into Wind Turbines, which released an interim report today.

Support our campaign, and ask your friends to, too, by joining the Australian Wind Alliance today for only $20/year (individuals).