What are Renewable Energy Zones and what opportunities do they create for communities who live in them? 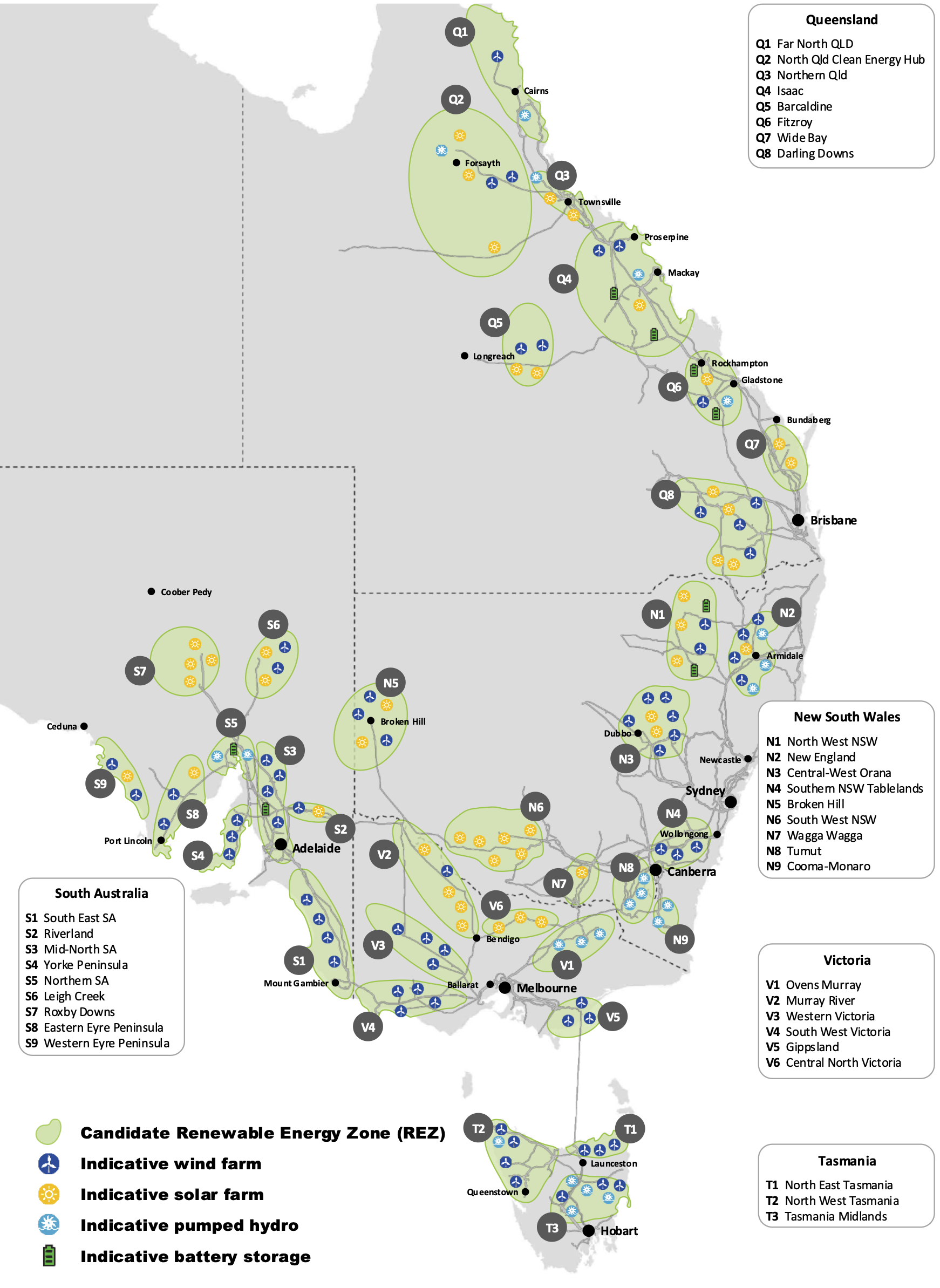 Renewable Energy Zones (REZs) will be the power stations of the future.

Distributed over a region, solar, wind, pumped hydro and battery projects will collectively provide a steady supply of clean power that can be delivered to the national grid via transmission lines.

Each state’s energy department looks after REZs. Exactly what a REZ entails will be different between states. Even within a state, each REZ will look very different to the next depending on local geography, existing industry and demographics.

Local communities themselves will, if they choose, play a massive role in determining what each REZ will look like and what local benefits they will deliver. The next couple of years will be critical for REZ communities in articulating what they would each like to see come out of the influx of renewable energy investment in their region.

Our Community Benefits Handbook outlines all the different kinds of benefits communities are already seeing from local investments in large scale renewable projects.

A full picture of the Renewable Energy Zones and the energy transition in general can be found in the Australian Energy Market Operator's (AEMO) 2020 Integrated Systems Plan.

The Central-West Orana REZ is one of the most advanced REZs in the country. RE-Alliance have been working in the community to collaboratively design a plan for what the region wants to achieve. Now is the time to develop a shared vision to leverage the $5.2 Billion in renewables investment into tangible impacts that mean everyone in the community benefits from the transition.