Barunah Park farmer looking for a boost from the wind

The sweeping plains west of Geelong are perfect for wind farms. With a long agricultural history and swept by strong winds, the area around Rokewood is set to host a large project of up to 228 turbines, and become the next in a long line of regional communities to benefit from hosting wind farms.

Nearly 40 farming families stand to host turbines on their properties in the Golden Plains Wind Farm. One of those families is the Bath family from Barunah Park. 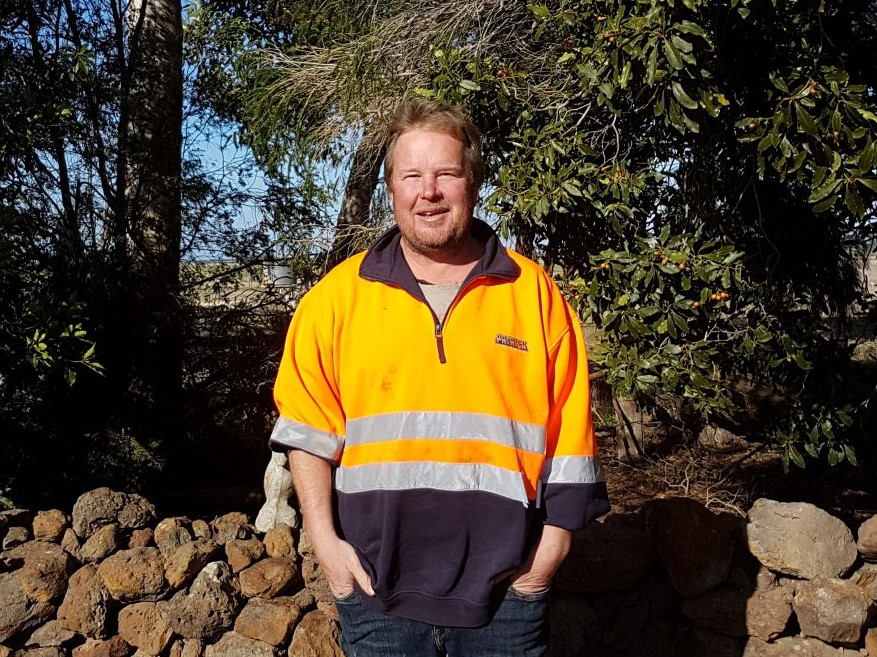 Paul Bath’s grandfather bought a soldier settlement block after the Second World War and lived in a tin hut for many years skinning rabbits. After growing up in the area and working as a shearer, Paul bought land there ten years ago to carry on the family tradition, farming merino sheep and mixed crops. He also spends some time working off-site to bring in much-needed off-farm income.

“I just love the farm life. Most days, you can choose your jobs you want to do. It’s much better than other workplaces.

One of the things Paul is looking forward to seeing is an increase in jobs in the local area.

Safety on the local roads is an issue for Paul because of the dangerous spots they already have.

“They’re going to have to upgrade the roads to get all those big parts in but that would probably be a good thing. Apart from that I don’t really see any negatives.”

“It would be good for Rokewood. You could get a few more jobs in the town and the money farmers get from hosting turbines would mean you could employ more people on the farms as well.

“Hopefully you’d see more families coming into the town and boosting the numbers at the school and local community in general, like the footy club.

One dream Paul has is to take his father for a trip to central Australia.

“My dad’s been farming here for a long time and you don’t get much of a chance to get away. He’d really like to see something of Australia so hopefully that’s something we can give him while he can still travel.

The project is currently applying for planning permission and will be assessed by a planning panel in coming weeks.