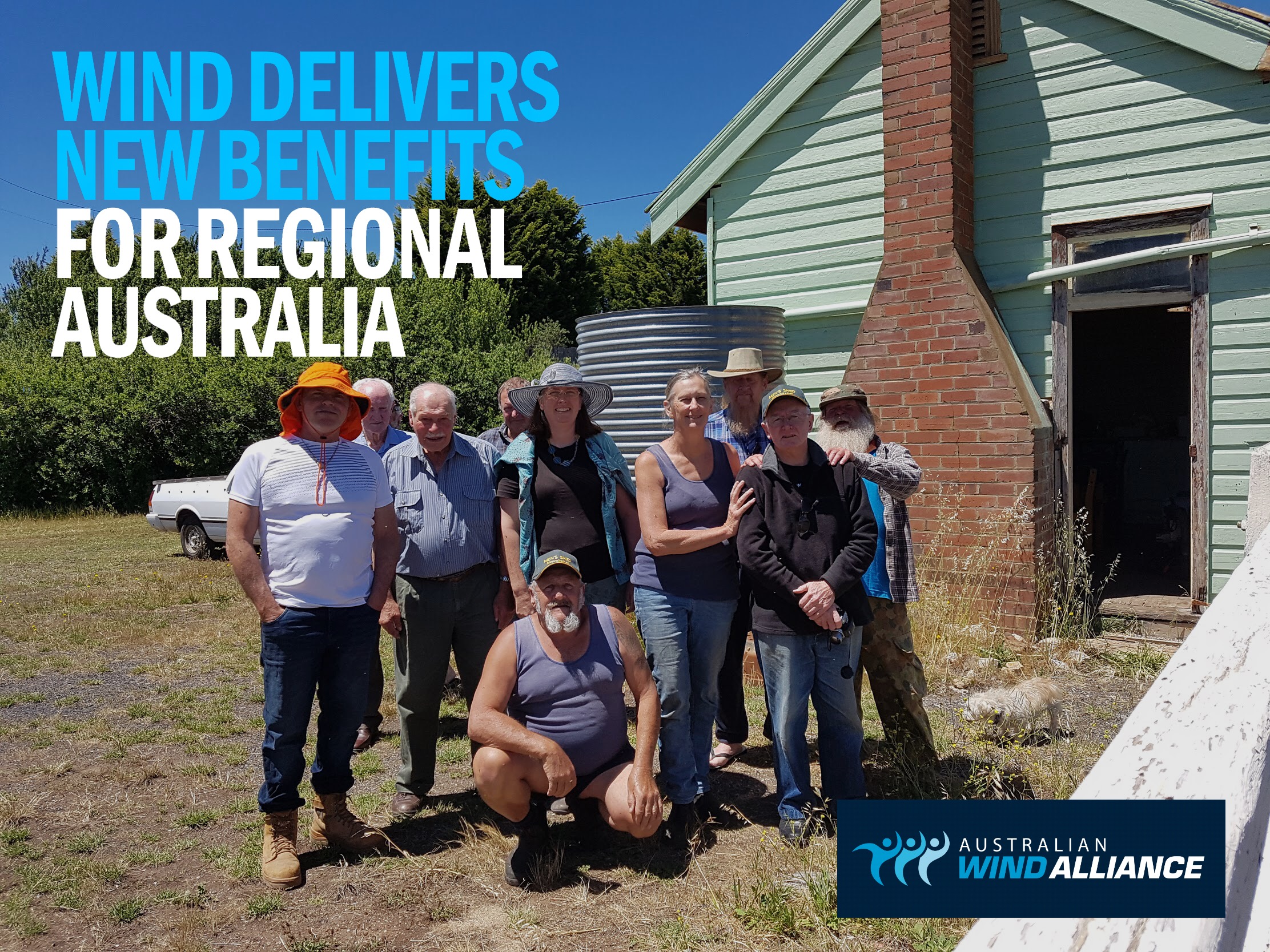 Nimmitabel, home to about 300 people, is the closest township to the Boco Rock Wind Farm in the Monaro region in NSW.

The wind farm began operating in 2014 and pumps an estimated $6.675 million into the local economy each year through employment, utilisation of local businesses and flow effects, payments to landholders and contributions to community enhancement funds.*

Since its establishment, annual community fund grants have been helping realise important local projects. While grants are open to organisations throughout the Monaro region, Nimmitabel residents have used them to improve their own town.

Local stalwart and wind farm host, Howard Charles, is a member of the Lions Club and President of the Men’s Shed. He’s seen a significant upgrade of the town’s amenities through the fund grants.

“This year, we’ll be putting in a cycleway around Lake Williams as well as upgrading the facilities at the men’s shed. Thanks to the wind farm, we’ll be able to kick start both projects.”

The Lake Williams park, originally established by the Lions Club, is where Nimmitabel holds its major town events and celebrations. As part of their ongoing work to look after and beautify the park, the Lions Club decided to build a cycleway around the lake to showcase the park for locals and visitors alike. A wind farm CEF grant is being used to buy the concrete and mesh needed to complete the project, and a number of volunteers will be part of the effort to build the path.

According to Howard, nearly a million vehicles drive through Nimmitabel each year.

“The township wants to make Nimmitabel a great spot to stop for a break. Soon, drivers will be able to stretch their legs on the new cycleway around Lake Williams.”

Established in 2015, the Men’s Shed found a home in the town’s heritage train station. While the station is historic, it had been left in a state of disuse is sorely in need of some upgrades to make it safe, functional and inviting. The Men’s Shed will use a fund grant for railway sleepers to fix and upgrade the station platform. Laying the sleepers and building a daffodil garden bed will involve local volunteers and hopefully encourage more men to join the group.

As well as these projects, other local organisations, such as the Nimmitabel CWA and the Garden Club have also used grant funding to complete much needed projects in the town.

“The Garden Club did some tree planting in the main street of town, which really lifted the entrances into Nimmitabel from both ends”.

“It’s a nice spot to stop for a coffee or walk around.”