Since our carbon price legislation was repealed in 2013, Australia has lacked coherent policy to reduce emissions across our economy. When our land of wind and sun has so much to gain from a transition to clean energy and so much to lose from climate change, this is a travesty. 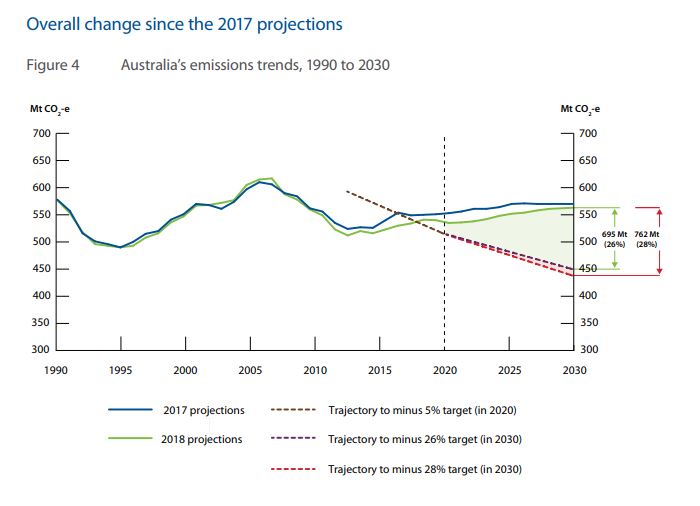 Under Tony Abbott in 2013, the federal government cooked up a hasty 'Direct Action' plan to appear it was tackling climate change. At the time, then Liberal backbencher, Malcolm Turnbull, described it as a 'figleaf'. Astonishingly, it remains Coalition policy today. At a time when we need emissions to be falling, they are instead stubbornly flatlining as lower emissions from the electricity sector driven by the Renewable Energy Target are gobbled up by increases from the transport sector and power-hungry LNG processing sector.

For all the talk coming from the government and Energy and Emissions Reductions Minister, Angus Taylor, the truth is that the government has no coherent plan to reduce emissions. And, you'll be surprised to hear, such a plan as they have isn't even properly costed.

So it was a little shocking to hear the government go into full hysteria-mode when Labor announced they would support a long-term target of zero net emissions by 2050.

"It's not costed! IT'S NOT COSTED!!!" the government bellowed.

Leaving aside the fact that a target of zero net emissions by 2050 is surely the minimum we need right now from policy makers - steep 2030 targets with robust plans for how to deliver them is actually what's required now - a plan that doesn't come with full costings is not something that's bothered the government itself until now.

As I outlined in the Twitter thread below, people in glass houses shouldn't throw stones.