Our thanks to Matt Grudnoff from the Australia Institute for this excellent summary of where the government finds itself after dumping their deeply unpopular and flawed Warburton Review.

Cross posted with permission from The Australia Institute

The government has been left with three very weak arguments. Firstly, that the RET is an $11 billion cross subsidy, secondly that the RET is causing an oversupply of electricity and finally the RET needs bipartisan support for certainty.

The $9.1 billion cross subsidy is difficult to argue since the subsidy is not coming from tax payers or electricity consumers. The subsidy is being paid by fossil fuel generators. The fossil fuel industry is already heavily subsidised and with the repeal of the carbon price have again been given free waste disposal. People are also not particularly unhappy to see this industry struggle. Australia Institute polling has found that 68 per cent of people want to see less electricity generated from coal.

Even from an economic standpoint an oversupply of electricity makes no sense. You could just as easily say we have an oversupply of cafes in our major cities. Cafes are not full all the time and new cafes are opening up. Oversupply in a market simply means greater choice and lower prices. While this might be bad news for the firms in the market it is good news for consumers.

Finally, the government has argued that the opposition parties need to negotiate on the RET to give the renewable industry certainty. In the lead up to the 2013 federal election most people thought that there was bipartisan support for the RET and so there was certainty in the industry. It was only post-election that the government revealed it wanted to change the RET and introduced all the uncertainty.

These weak arguments and a hostile senate have forced the government to seek negotiations with the Labor opposition. Let’s hope the Labor party stands firm and protects a spectacularly successful policy.

Other resources from The Australia Institute 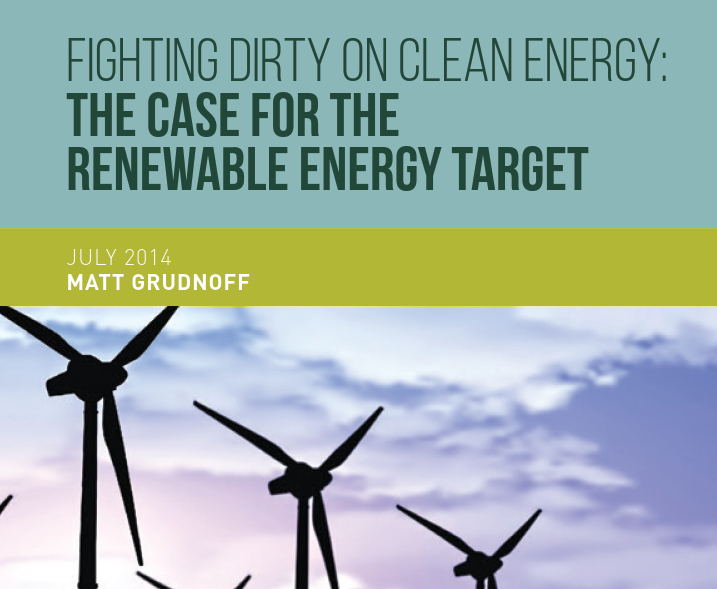